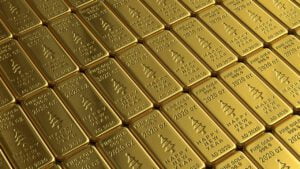 Gold-backed ETFs experienced net outflows of $1.3 billion in August, though selling primarily occurred among a small concentration of major US funds and was triggered by the dollar’s brief strengthening and rising Treasury yields at the beginning of the month, according to new data released today by World Gold Council. Following a recovery in gold prices late in the month, global gold-backed ETF AUM now stands at US$211bn.

Adam Perlaky, Senior Analyst, comments on the outflows in the gold ETFs.