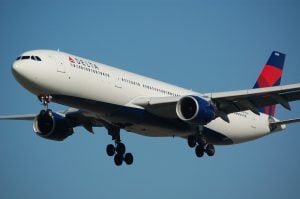 Delta Air Lines, Inc. (NYSE:DAL)’s $200-a-month fine for unvaccinated workers is doing the job, as the company’s vaccination rate has increased by 4% since its announcement in late August.

As reported by MarketWatch, the airline’s top medical official revealed how the move is positively affecting vaccination rate among employees. Dr. Henry Ting, senior vice president and chief health officer at Delta said Thursday, “In the brief span of time, the company’s vaccination rate climbed to 78% from 74%.”

He said that roughly 20% of the remaining 20,000 unvaccinated workers have changed their minds and are getting innoculated, “which I think is a huge number in terms of shifting that group that’s most reluctant.”

Despite the measure, the airline has not witnessed any employee turnover among its 80,000-member staff.

Ting underlined how positive the four percentage-point jump is, since workers who remain unvaccinated are usually the most hesitant, “compared to the people who initially rushed to get their shots.”

According to CEO Ed Bastian on CNBC, Delta computed that the average medical cost associated with a hospital stay for COVID-19 could represent $50,000 per person.

The $200 sanction is processed through the airline’s health care plan for those who have not received vaccinations before November 1. Delta had also announced weekly testing starting by mid-September.

President Joe Biden is contemplating a rule through the Department of Labor addressing unvaccinated workers, with which businesses with a minimum of 100 employees would have to ensure vaccination.

“The rule will cover more than 80 million private sector workers, according to the White House.”

Vaccination requirements and fines are likely to become more common at work, given the high impact of the Delta variant.

According to a recent survey among over 950 businesses totaling 9.7 million workers, 17% of them said they are analyzing the possibility of extra healthcare costs on unvaccinated people.

“Meanwhile, 12% were mulling a discount for vaccinated workers, the Wills Towers Watson WLTW, +4.45% survey revealed. The same survey showed 21% of employers with some type of workplace vaccination requirement in place by the summer, up from 9% in the spring.”