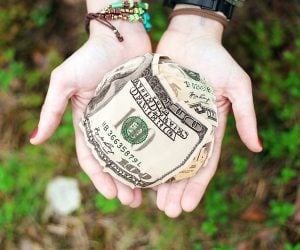 Massachusetts taxpayers could get hundreds of dollars in monetary relief in November. Gov. Charlie Baker plans to return about $3 billion in excess revenues to eligible residents in the form of a tax refund.

The Baker administration has initiated a website to help residents check whether or not they are eligible for stimulus checks from Massachusetts and the amount they could get.

Who Are Eligible For Stimulus Checks From Massachusetts?

Last week, Gov. Baker shared details on how his administration plans to return the excess revenue to eligible taxpayers. To be eligible for stimulus checks from Massachusetts, residents must file their 2021 state tax returns on or before October 17, according to a new government webpage.

Residents and non-resident filers, as well as fiduciary filers like trusts and estates will also be eligible for the refund. Even non-residents involved in partnerships could qualify for the refund if their taxes are filed on a composite basis.

Baker’s announcement follows the confirmation from Auditor Suzanne Bump that the Department of Revenue needs to return $2.94 billion to taxpayers because the revenues were more than the amount allowed under a voter-approved law.

Chapter 62F, the 1986 voter-approved law, requires the Department of Revenue to send credits to the taxpayers if the state’s total tax revenue for a fiscal year is more than the annual cap tied to wage and salary growth in the Commonwealth. It is the second time that residents will get the credit under this law.

Eligible taxpayers will get the refund automatically as a check in the mail or through direct deposit.

How Much Tax Refund To Expect

Officials, as of now, haven’t yet decided on the final refund value. The refund amount, however, is expected to be around 13% of an individual’s personal income tax liability for 2021.

Taxpayers can use the state’s refund estimator to get an idea of the refund amount they could get. The refund amount for a taxpayer depends on several factors, including their income tax after credits, such as the child care credit, the earned income credit, dependent care credit, senior circuit breaker credit and other refundable credits.

It must be noted that the refund amount could be reduced due to refund intercepts, such as unpaid child support, unpaid taxes and other similar debts. The Baker administration also plans to come up with a call center to assist taxpayers with the tax refund.