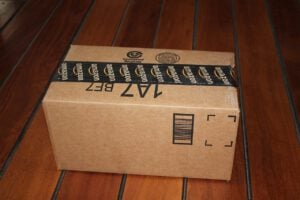 President Joe Biden seems to have sided with workers on the union vote at an Amazon warehouse. He didn’t mention the online retailer specifically, but he did say that the decision about whether or not to join a union “should be made without intimidation or threats by employers.”

Biden also specifically mentioned Alabama, which is where the Amazon warehouse that's voting on whether to form a union is located. He tweeted that "every worker should have a free and fair choice to join a union." In a video included in his tweet, he said that "unions put power in the hands of workers."

Workers in Alabama – and all across America – are voting on whether to organize a union in their workplace. It’s a vitally important choice – one that should be made without intimidation or threats by employers.

Every worker should have a free and fair choice to join a union. pic.twitter.com/2lzbyyii1g

Over 5,800 Amazon workers at a warehouse in Bessemer, Ala. will vote this month on whether to join the Retail, Wholesale and Department Store Union. The Amazon employees will mail in their ballots by Mar. 29. If the vote passes, Alabama will be home to the first unionized Amazon warehouse. According to NPR, the vote is also notable because the South has historically been difficult for unions to secure.

Many Amazon warehouses in Europe have been unionized, but the online retailer has battled efforts to do the same in its U.S. facilities. The last time there was a vote about whether to unionize at Amazon in the U.S. was in 2014, but the Delaware technicians who voted on it declined to unionize.

Representatives from Amazon said the employees who are organizing the union drive do not represent the majority of workers at the warehouse in Bessemer. The e-commerce giant has been accused of trying to coerce employees into voting against the union. Workers have told news outlets that the company sent them anti-union texts multiple times per day and forced them to sit through meetings where they had to listen to negative commentary about unions.

Amazon is part of the Entrepreneur Index, which tracks 60 of the biggest publicly traded companies still operated by their founders or their founders' families. Founder Jeff Bezos has been the richest man in the world for quite some time, although lately, he has been battling Tesla CEO Elon Musk for that title.