These Are The Ten Oldest Companies In The World 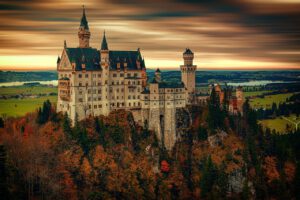 Ten oldest companies in the world

Founded in 1,040 CE, it is an Italian foundry that operates to produce cast metals. Many of the bells in antique churches around Italy are likely to have been created by Marinelli Bell Foundry. It is the oldest known foundry in existence. The company allows tourists to buy their own miniature bell for about $50. Marinelli Bell is using the same process for metal casing that it used 1,000 years ago.

Founded in 1024 CE, it is a Japanese religious goods making company. The company has been making clothes for Buddhist monks for about 1,000 years. Also, it creates Buddhist altars, shrines, and other religious home decorations items. The company is located in Aichi Prefecture and has been actively operating the business.

Founded in 1,000 CE, this French company operates a winery. It is a former castle that once hosted Henry IV and Louis XIV as guests to the owning family. This property was recently listed for sale.

Founded in 886CE, it is a U.K. based company that has been minting coins for the country for more than 1,000 years now. During its 1000 year history, the company has operated from several different headquarters. Currently, the Royal Mint makes about 5 billion coins annually. Apart from coins, the company makes medals for the officials. It is wholly owned by Her Majesty's Treasury.

Founded in 885CE, it is a Japanese religious goods making company. It is the oldest merchant of Buddhist goods and the oldest store in the world that doesn’t sell food or drinks. Tanaka Iga makes most of the products that it sells. It produces several Buddhist goods, including butsudan shrines, altars and other furniture temples. Tanaka is based in Kyoto, and is currently being lead by its 70th-generation president, Masakazu Tanaka.

Founded in 864CE, it a French company belonging to the minting industry. It is the oldest mint ever, as well as the oldest active government corporation. This company has produced money for many different regimes, including the Nazis during WWII. Monnaie de Paris switched to producing Euros in 1998 after France became part of the EU (European Union). In 1973, the company shifted its production to a facility in Pessac, while its original facility functions primarily as a museum.

Founded in 862 CE, it is a German winery and hospitality company. Along with being a winery, this company offers a guest house. This winery has not only survived the fall of the Roman Empire but also WWI and WWII. Staffelter Hof Winery cultivates over seven hectares of vines. It has a distillery as well, which was established sometime after 1890. Staffelter Hof Winery produces three tiers of wines.

Founded in 771 CE, it is a Japanese paper company. It is the longest-running paper distribution in the world even though the paper was invented by China. This company prints ceremonial paper products, such as cards for weddings. It specializes in twisting paper into cords, and also does gift wrapping using complex paper designs. The company’s mizuhiki-adorned cards are available at high-end stationery shops, as well as local convenience stores.

Founded in 578CE, it is a Japanese construction company. A point to note is that this company is currently not active as it underwent liquidation in 2006. In 2006, it became the subsidiary of Takamatsu. Excess debt is believed to be the reason behind Kongō Gumi going into liquidation. This company was founded about 100 years after the fall of the Roman Empire. Kongō Gumi is the one who built the historic Osaka Castle.

The post These Are The Ten Oldest Companies In The World appeared first on ValueWalk.