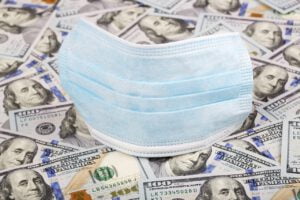 Since the approval of the third stimulus check in March, there hasn’t been any serious efforts aimed at winning another stimulus payment for Americans. Many, however, are still hopeful of another federal coronavirus stimulus check from the $3.5 trillion reconciliation bill, which is still in the works.

Democrats in Congress are pushing forward with the massive $3.5 trillion spending plan. This plan is expected to invest in education, health care, childcare, tackle the climate crisis, as well as make further investments in the infrastructure.

However, unlike the infrastructure package, which was approved by 69 votes in the Senate, the latest spending plan is unlikely to gain bipartisan support. Thus, it would have to be passed through reconciliation. Such a process would allow the plan to be passed by 50 Democratic votes alone.

GOP lawmakers are unlikely to support this spending plan, and have already raised concerns over the cost of the package, as well as some provisions that Democrats are considering. Despite these concerns, the reconciliation bill has been gaining momentum over the summer.

Moreover, this plan includes many of the provisions that were unable to find a place in President Biden’s bipartisan infrastructure package, such as universal pre-K, free community college, and paid family leave. However, unlike the expectations, one measure that this massive bill doesn’t include is a fourth stimulus check.

Even the new details released on central pieces of the reconciliation bill last week by the House of Representatives Ways and Means Committee is quiet on the new stimulus check. The new details talk about the tax credits for businesses across sectors. Some of these credits aim to support businesses in the energy transition by encouraging them to up their investment in the wind and solar energy sector.

Other credits are aimed at assisting childcare facilities, which are part of the Health and Human Services network, to boost their employees pay by offering payroll tax credits directly to the centers.

Some of the measures of the reconciliation bill work like stimulus checks in sending money directly to households. For instance, the proposal aims to make the Child Tax Credit permanent. Also, the proposal introduces a paid federal family leave program, as well as ensures that families don’t have to pay more than 7% of their income toward childcare.