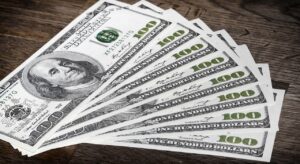 The growing number of layoffs sweeping the U.S. has now spread to Wall Street. Pay cuts and job cuts are expected across the financial industry as bonus season nears. The lucky ones can expect bonuses that are up to half as much as they were last year.

Citing a report from compensation consulting firm Johnson Associates, CNBC reports that plunging equity and debt issuances this year are to blame for the sizable pay cuts expected as bonus season nears. According to the firm, bankers who underwrite securities could see their bonuses slashed by 40% to 45% or even more in some cases.

Meanwhile, merger advisors are expected to see 20% to 25% reductions in their bonuses, while asset managers will see 15% to 20% cuts. Private equity employees could see smaller reductions of up to 10%, depending on how large their firm is.

Alan Johnson of Johnson Associates told CNBC that "a lot of people" will see their bonuses cut in half this year. He added that this year is particularly unusual because it follows such a "terrific year" last year. Additionally, Johnson pointed out that high inflation is taking a bite out of people's compensation as well.

Plunging Activity In The Capital Markets To Blame

The issue is that Wall Street is sustaining a sizable hit in the amount of activity in the capital markets. The number of initial public offerings has plunged, while the pace of acquisitions also tumbled, and equities saw their worst first half in more than 50 years. Data from the Securities Industry and Financial Markets Association revealed that IPO issuance plummeted 95% to $4.9 billion year to date.

CNBC noted that this year is the epitome of Wall Street's feast-or-famine nature. The industry enjoyed a bull market that lasted two years bringing in a flood of deals driven by the trillions of dollars provided to support businesses during the pandemic.

As a result of all that business, the six largest banks in the U.S. added nearly 60,000 employees in total between the beginning of 2020 and mid-2022. However, those same banks may now be forced to eliminate many of the jobs they added during the bull run.

For example, Goldman Sachs is considering reinstating year-end job cuts as the economy slows. Johnson also called attention to layoffs in some parts of the industry, potentially amounting to 5% to 10% of the workforce on Wall Street. He believes many firms will want to shrink their headcount by February.