The Great Money Managers Of 2022 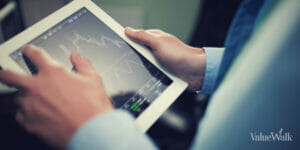 LCH Investments NV has updated their estimates of the world’s greatest money managers to 31 December 2022 and the list is as follows.

“Despite the significant falls in equity and bond markets, in 2022 the top 20 managers found a way to make gains for their investors of $22.4 billion”.

On the top 20 money managers:

“In 2022 the largest gains were once again made by the large multi-strategy hedge funds like Citadel, DE Shaw and Millennium. These managers collectively generated $32.0 billion of net gains and were able to combine strong performances from several sources including macro, trading, quant and equity dispersion strategies.

The strong gains they have generated in recent years reflect their increasing dominance in strategies which do not depend on rising asset prices, and their substantial size”.

“Several specialist macro firms also performed well, benefitting in particular from the major moves in interest rates and currencies in the year”. 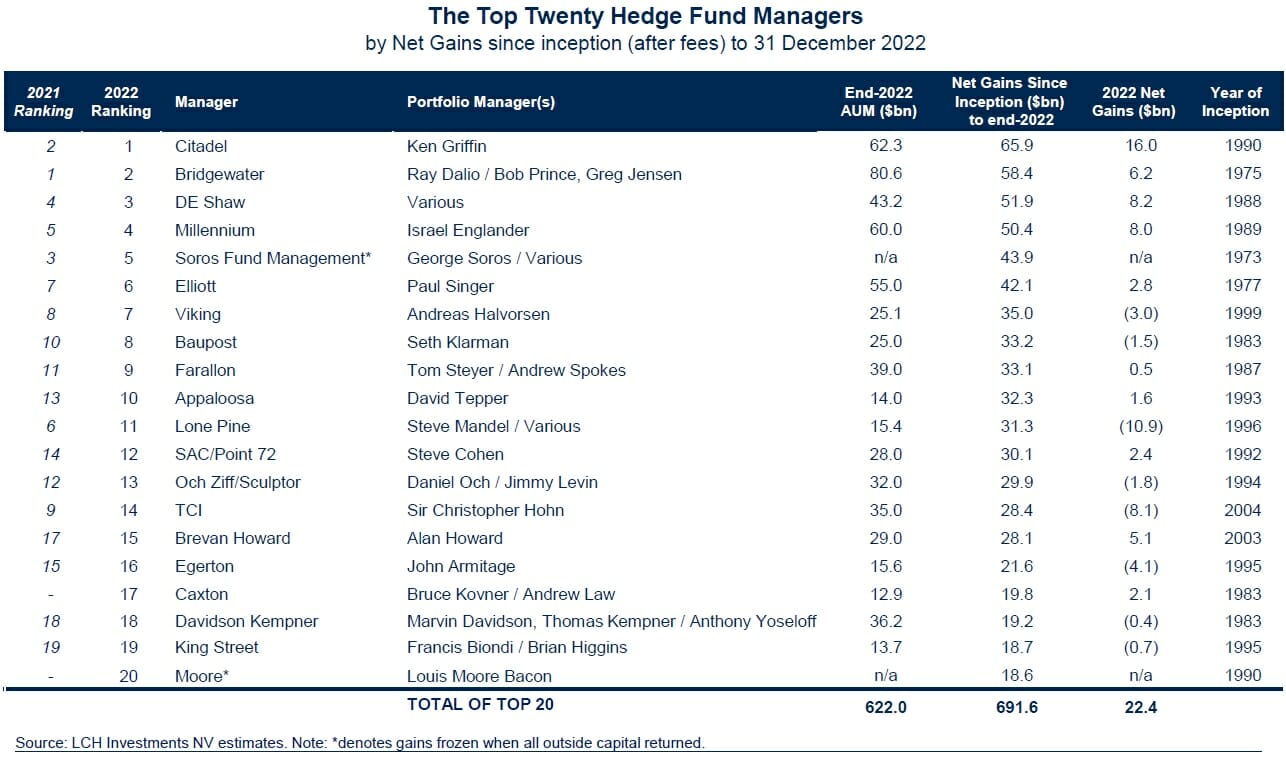 On the large multi-strategy firms generally:

“The largest multi-strategy, multi portfolio manager firms like Citadel, DE Shaw and Millennium have evidently thrived in the volatile markets of recent times. They have attracted the best talent, carefully controlled exposure to market direction and traded aggressively.”

“These firms tend to run with leverage levels far higher than the average hedge fund, which has helped boost their performance. Their strong net returns have been achieved after passing on substantial operating costs, which up to now has been tolerated by their investors”

“In 2022, equity long/short managers, especially those who had been running net long and with a growth bias, generally performed poorly, with some performing even worse than market indices. Many such managers failed to anticipate or adequately hedge against the impact of rising interest rates and were unable to generate sufficient profits to compensate on the short side”

Note: this is based on average assets during 2022.

On the top 20 managers gains relative to their AUM:

“The top 20 managers have generated more gains since inception ($691.6 billion) than they currently have assets under management ($622.0 billion). In most cases, this is because the manager has at times either closed to new subscriptions, or returned capital. The top managers have generally recognised that carefully controlling asset growth is a good basis for generating significant gains for investors over time.”

On the new number 1 in the ranking, Citadel:

“Citadel’s gain of $16.0 billion in 2022 is the largest annual gain ever made by a hedge fund manager. It even surpasses Paulson’s 2007 gain, which has been described as ‘the greatest trade ever’ ”.

“In 2022, the manager that achieved the highest net gain in $, net of fees and expenses, was Citadel, a diversified firm with multiple sources of profits and active capital allocation and risk management. Their progress up the rankings in the past few years has been remarkable.”

LCH is the world’s oldest fund of hedge funds, launched on 30 November 1969. The value of one share at launch has multiplied by 149 times, representing a return of 9.9% per annum to 31 December 2022. LCH is a part of The Capital Holdings Funds plc.