The Fed Has Completed Its Unemployment Mandate 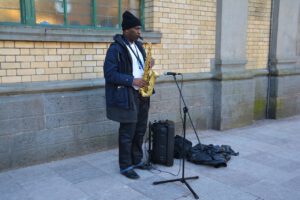 In his Daily Market Notes report to investors, while commenting on the unemployment mandate, Louis Navellier wrote:

We survey our investors, who are predominantly retail, to assess sentiment. Results from our survey on Tuesday show retail investors are bullish. While there are many crosscurrents in the markets which could provoke pessimism, the survey suggests that investors are buoyed by the prospect of a robust earnings season.  Another sentiment that emerged was that wage increases, though additive to inflation, are a net positive to consumer spending. 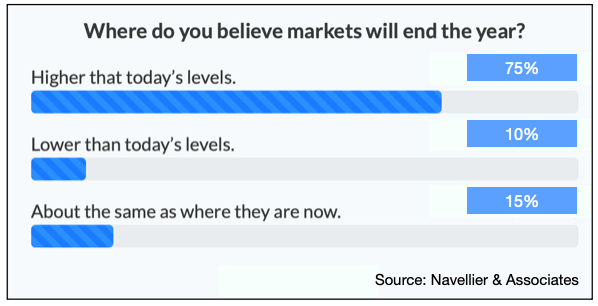 Bearish investors on the other hand cited inflation fears as the primary driver of their cautiousness.  That more investors were uncertain about the direction of the market, 15%, than were bearish, 10%, is notable and indicates the see-saw action we are seeing in the market at large may continue.

The Labor Department on Thursday announced that weekly unemployment claims fell to 293,000 in the latest week. Economists were expecting weekly and continuing unemployment claims to come in at 320,000. I think it is safe to conclude that the Fed has completed its unemployment mandate and can now turn its attention to another mandate, namely fighting inflation.

I get a lot of questions about what is going to happen when China takes over Taiwan after tormenting the island nation an untold number of times with the Chinese air force invading Taiwanese airspace.  My standard answer is that “China will not harm Taiwan’s infrastructure, since they need the semiconductor chips too!”  This was reconfirmed by Chinese President Xi Jinping when he recently called for a “peaceful reunification” with Taiwan.  Not surprisingly, Taiwanese President Tsai Ing-wen said that Taiwan would not bow to Chinese pressure.

China currently has its own economic problems and based on the official Purchasing Managers Indexes (PMI), both its service and manufacturing sectors are now in a recession.  Furthermore, the Trump Administration’s sanctions on 5G pioneer Huawei have been severely hurt by these sanctions, so its 5G market share is shrinking.

Since the Biden Administration did not lift modify the Trump Administration’s tariffs on China, if China invaded Taiwan, they not only risk a military reprisal but also potentially more tariffs from the Biden Administration.  So conclusion, Taiwanese semiconductor companies, especially United Microelectronics (UMC), remain great near-term buys since I do not expect China to invade Taiwan.

As inflation continues to heat up and push China and other nations deeper into recession, the U.S. remains an oasis to the world. The port bottlenecks and supply chain glitches persist, but at least the U.S. is not expected to be crippled by high coal and natural gas prices that are now hindering China and Europe.