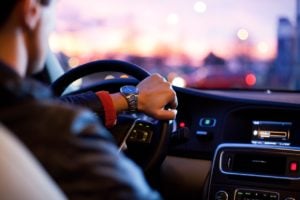 Tesla Inc (NASDAQ:TSLA) has reinstated the “assertive” self-driving mode. The company had issued an update in October containing the function —plus the “chill” and “average” modes— but removed it due to software issues. The move has triggered some safety concerns.

As reported by the BBC, the automotive giant has restored the “assertive” self-driving mode, which has prompted some safety concerns given its characteristics. The function allows the vehicle to follow cars at a shorter distance, change lanes more often, perform rolling stops, and not leave the overtaking lane.

All these moves on the road are often discouraged by safety experts when it comes down to human driver behavior.

The restoration of the “assertive” mode was spotted and Twitted by David Zipper, a tech writer and visiting fellow at Harvard Kennedy School, which he described as: “Your Model X will have a smaller follow distance, perform more frequent speed lane changes, will not exit passing lanes and may perform rolling stops.”

According to a motor safety expert, however, the mode could be safer as being “overly cautious” on the road could lead to incidents.

In response to the criticism aroused by the reintroduction of Tesla’s self-driving mode, Matthew Avery, from the UK's Thatcham Research, said that, in theory, a fine-tuned driverless system is safer than a human driver because it eliminates human mistakes.

Avery told BBC, “If we want widespread adoption of automation, drivers are going to expect the vehicle to do and make the decisions that you would do as a human driver, not some very benign and very safe algorithm.”

At an intersection, for instance, two extremely cautious automated vehicles could wait for the other to make the move first, and “This is what the manufacturers are trying to learn at the moment,” Avery explains.

“A degree of being slightly less cautious, if that means more people use the systems more of the time because they feel that they're more human-like, that's a good thing.”