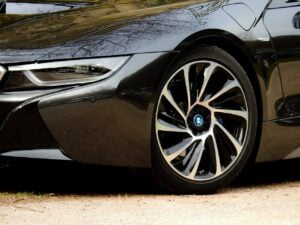 Some relief is coming soon to eligible Roanoke, Virginia, residents this month. The stimulus checks from Roanoke will go to residents who paid property taxes on their vehicles this year.

This stimulus check from Roanoke is part of the personal property tax rebate program that lawmakers approved a few months back.

Stimulus Check From Roanoke: How Much To Expect?

The proposal was approved in a 5-2 vote. Councilman Bill Bestpitch and Councilman Joe Cobb voted against the proposal. Reportedly, everyone was in favor of the rebate, but not the percentage option.

Also, the lawmakers were initially planning to use the extra money on street repaving and education, but they eventually agreed on sending rebates.

“If everybody gets back the 17.5%, that’s equal. We’ve had a lot of discussion in recent years about the difference between equality and equity. It’s equal but it’s not equitable,” Bestpitch said earlier.

There were lengthy discussions on whether to use the 17.5% rebate or offer a rebate of up to an $82.77 maximum per vehicle, or a flat rate with no owner receiving more than the taxes they paid.

“I don’t agree with the flat amount because if your tax rate was below and you had an older car and you didn’t pay anything, I don’t think it’s fair that you get $82,” Councilwoman Stephanie Moon Reynolds said at the time.

The percentage (17.5%) is based on a mathematical formula that uses the number of vehicles in the city and the total amount of the rebate.

Car Tax Rebate: Who Will Get It?

With the car tax rebate, the lawmakers aim to reduce the financial impact that the pandemic had on households. The payment will go to residents who paid their personal property tax (including late fees) by Aug. 31, 2022. The council will use the surplus property taxes to send the stimulus checks from Roanoke.

A point to note is that the surplus is not due to an increase in the tax rate but a rise in the value of vehicles. The price of used cars and trucks jumped by about 50% since the start of the pandemic as production of new vehicles was slow.

For the fiscal year that ended June 30, the tax on vehicles was expected to generate maximum revenue of $44 million. This number, however, was reduced to $33.7 million by state-funded tax relief before bills went out.

Moreover, the council expected to get 91% of the tax owed or about $30.7 million for budgeting purposes.

This year’s fiscal budget, however, estimated receipts of only $24.8 million, suggesting a surplus of $5.9 million. So, this is the surplus that the council is using to send the vehicles stimulus check for Roanoke residents.