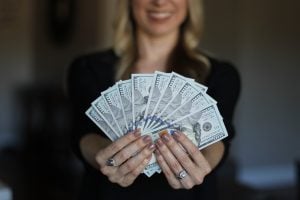 Federal Minimum Wage: Where Do Our States Stand?

Let’s see where our fifty states stand with respect to their own minimum wage rates. Twenty-nine states have minimum wage rates of over $7.25. And a dozen states now have a minimum hourly rate of at least $11 an hour.

What kind of standard of living is provided by an hourly wage rate of $7.25, which comes to about $15,000 a year? The federal poverty rate for a family of four is $26,200. No wonder one of every five American children lives in poverty. Two thirds are children of color.

Many Democratic members of the House and Senate contend that the federal minimum wage rate should immediately be raised to $15 an hour, while most Republicans contend that raising it by so much would put a lot of people out of work because their employers could not afford to pay them that much.

Virtually all economists agree that doubling the federal minimum wage would result in some job losses, but no one can say for sure how many. This is a very crucial question.

If just a few hundred thousand workers lost their jobs, while perhaps twenty million others received substantial wage increases, then raising the federal minimum wage to $15 would be a no-brainer. But if doing so would result in several million people being thrown out of work, then perhaps it would not be such a great idea.

One possible compromise would be to immediately raise the federal minimum wage to, say $11 an hour. This would probably pass Congressional muster, and not cause the layoff of a great number of employees now earning less than that hourly rate.

Another compromise might be to raise the minimum wage in annual steps, beginning with $11 in 2021 up to $15 in 2025. This, of course, would surely draw the ire of most Republicans as well as nearly all progressive Democrats. The former would consider the increases coming too slowly, while the latter would prefer that they not come at all.

But such a bill could probably get through Congress, even overcoming the threat of a Senate filibuster. Almost no one would be completely happy with this solution, but consider the alternative -- leaving the minimum wage at just $7.25.