NVIDIA Corporation: Too Many Comeback Catalysts to Ignore 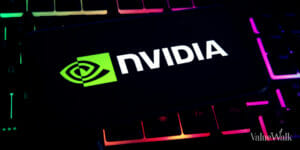 NVIDIA Corporation (NASDAQ:NVDA) is no stranger to comebacks. In the fourth quarter of 2018, the artificial intelligence (AI) chipmaker’s shares were slashed by 52% amid fears of rising interest rates, a global economic slowdown and cryptocurrency issues.

In 2022, the stock is down nearly 50% year-to-date as the market grapples with an eerily similar list of macroeconomic challenges.

Digging itself out of a hole this time, however, may prove extra difficult. Supply chain disruption and China privacy concerns have compounded this year’s bearish Nvidia sentiment.

On the flip side, the company isn’t what it was four years ago. Access to an expanding set of end markets and growth opportunities stand to overcome the latest setback. A turnaround in 2023 and beyond will be driven by these forces.

#1 - A Return to Gaming Growth

Much of Nvidia’s downtrend has been about the gaming segment. Gaming revenue fell 51% year-over-year in the third quarter of fiscal 2023. With PC video game demand normalizing from pandemic levels, channel partners have shifted their focus to clearing inventory of existing graphics cards rather than restocking. Economic uncertainty has only exacerbated the problem.

Fortunately, this is likely to be a transitory headwind that lends way to a potent gaming market that includes PCs, consoles and mobile. According to Statista, the global video game market is projected to grow 7.7% annually from 2022 to 2027.

Management’s response to the inventory issue deserves praise. It is effectively adjusting its own inventory levels to keep expenses down in anticipation of a better environment ahead. The approach sidesteps a costly restructuring process that should put the company on firmer footing when demand from distributors like Dell, HP and Lenovo rebound.

Nvidia anticipates that gaming channel inventories “are on track” to normalize within the next few months. By the time fiscal 2024 kicks off in February 2023, the gaming inventory glut is expected to start easing.

Despite the economic slowdown and persistent supply chain hurdles, public cloud computing and internet service providers (ISPs) continue to turn to Nvidia’s AI tech. The number and scale of these deployments rose again in the recently completed fiscal quarter.

Even more encouraging, management noted that the scope of its offerings “will need to be expanded to convey the different end-market use cases.” The energy sector is one area that is expected to increasingly employ AI technology over the next several years.

Another thing to keep in mind is that data center growth has been strong despite weak demand from the key China market. As Covid restrictions are lifted, data center (and gaming) revenue should strengthen considerably.

Global shifts to cloud computing environments and digital commerce are overpowering the current macro weakness and will continue to do so as the decade progresses. In recognition of this tailwind, Nvidia is introducing new platforms that will drive the AI economy — and represent the next wave of company growth.

Nvidia's position as a leading technology innovator for the age of deep learning and AI alone makes it worth the investment here.

#3 - Automotive Has a Long Road (of Growth) Ahead

Another long-term growth lever that is still in place is Nvidia’s small, but fast-growing, automotive business. This segment also produced record revenue in Q3 and grew 86% year-over-year.

Leading the way is the company’s Orin autonomous driving platform. Vehicle manufacturers have been quick to embrace the company’s AI-based DRIVE solutions based on Orin technology. The embedded supercomputers have the ability to process data from cameras, radar and lidar sensors and are therefore becoming a must-have safety feature for the automotive industry.

Nvidia has an automotive design win pipeline valued at more than $11 billion that has yet to be reflected in its financial results and is fully appreciated by the market. It is yet another reason for investors to stick around for another Nvidia comeback.

A gaming market reset, explosive data center demand, and emerging AI technologies are reasons to believe Nvidia will power higher over the long haul. The $300’s we saw a year ago will be back.

NVIDIA is a part of the Entrepreneur Index, which tracks some of the largest publicly traded companies founded and run by entrepreneurs.

Before you consider NVIDIA, you'll want to hear this.

MarketBeat keeps track of Wall Street's top-rated and best performing research analysts and the stocks they recommend to their clients on a daily basis. MarketBeat has identified the five stocks that top analysts are quietly whispering to their clients to buy now before the broader market catches on... and NVIDIA wasn't on the list.

While NVIDIA currently has a "Moderate Buy" rating among analysts, top-rated analysts believe these five stocks are better buys.