Meta Sued For $3.2 Billion In The U.K. Over Personal Data Exploitation 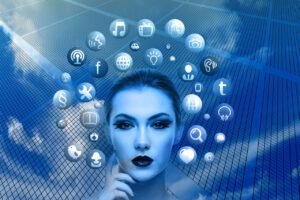 Meta Platforms Inc (NASDAQ:FB) could end up paying a whopping $3.1 billion, following a class action in the U.K. over allegations of the internet giant exploiting the personal data of 44 million users in the country.

According to Fox Business, Meta could pay $3.1 billion in damages to its U.K. users for taking all their personal and private data in exchange for the ability to use the Facebook platform.

With this, Meta abused its dominance in the social media spectrum between 2015 and 2019 —Law expert Dr. Liza Lovdahl  Gormsen is leading the action against the company.

As reported by Reuters, Lovdahl is a senior advisor to the Financial Conduct Authority (FCA) in Britain, while “Quinn Emanuel Urquhart & Sullivan, the law firm representing Lovdahl Gormsen, has notified Facebook of the claim.”

The lawsuit alleges that Meta profited from the imposition of unfair terms and conditions that obliged users to submit valuable personal information —it is financially backed by Innsworth, one of the world’s leading litigation funders.

The company hit back by saying that people “have meaningful control of what information they share on Meta's platforms and who with.”

Lovdahl said, “In the 17 years since it was created, Facebook became the sole social network in the U.K. where you could be sure to connect with friends and family in one place.”

“Yet, there was a dark side to Facebook; it abused its market dominance to impose unfair terms and conditions on ordinary Britons, giving it the power to exploit their personal data,” she added.

The lawsuit arrives days after Meta failed to have Judge James Boasberg dismiss an antitrust case led by the Federal Trade Commission (FTC), which has become one of the toughest tasks undertaken by the U.S. government against a tech company in years.

Meta is part of the Entrepreneur Index, which tracks 60 of the largest publicly traded companies managed by their founders or their founders' families.