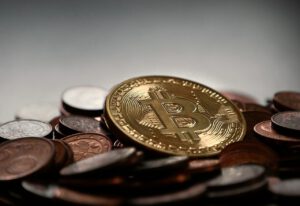 In light of the prolific amount of institutional investment that the Cryptocurrency Market has recently seen- further explored below, the popular Cryptocurrency Analyst and Social Media Influencer Mason Versluis has given his take on the plethora of crucial considerations that need to be taken into account before novicely entering into the dynamic cryptocurrency market.

A Proliferated Market? A Quick Overview

The Cryptocurrency Market has seen an almost unprecedented amount of growth recently, with some of the world’s most popular cryptocurrencies- including Ethereum and Bitcoin, experiencing significant spikes in their Market Price.

Mason Versluis has shed light on the topic, explaining why these aforementioned spikes are to be expected from a financial investor’s point of view, as well as detailing why they could have been logically predicted. The industry has holistically been the recipient of a prolific amount of institutional investment from a plethora of financial colossals- including electric car manufacturer Tesla, and this has undoubtedly served as an indication of the potential longevity of cryptocurrencies for a significant number of people. For example, it may have suggested that, perhaps, this recent aforementioned adaptation of crypto may be indicative of a market-shift in the way in which cryptocurrencies are utilized in the future, and consequently may suggest the proliferated market price is not a result of a ‘market bubble’.

Furthermore, the COVID-19 pandemic’s effect on the Cryptocurrency Market needs to be considered. Versluis has commented on the fact that in light of the significant chaos of the exacerbated COVID-19 economy, overt institutional investment- as well as repeated federal monetary stimuluses, have undoubtedly contributed to the aforementioned effect and ‘have inadvertently painted the cryptocurrency industry as a safety-net in today’s unpredictable and unprecedented financial market’- Mason Versluis.

This makes sense, especially when examining Bitcoin. The eminent cryptocurrency has both: a) recently spiked to over $ USD 59,000, and b) recently been elected as the best ‘performing asset of 2020-2021’ by The Economic Times, retaining an ROI of nearly 800%.

A Further Analysis: Bitcoin, Tesla, Morgan Stanley and others:

Tesla’s recent policy enabling persons to utilize Bitcoin so as to purchase their globally-recognised electric cars has undoubtedly further proliferated these rising cryptocurrencies value according to Mason Versluis. He points out that Tesla is not the only institutional investors driving investor sentiment and that Morgan Stanley and others have entered the race too.

The absence of any public plans to dispose of the company’s cryptocurrency any time soon, as well as the adaptation of similar policies by financial colossal Visa- who will now allow payments to be settled via the use of cryptocurrencies as well, has once again suggested that the there is an increasingly evergrowing acceptance of virtual currencies by the world’s most prominent and globally-recognised financial figures, and has therefore undoubtedly heavily contributed towards the proliferation of the industry.

‘Another point that should be considered, is Bitcoin’s finite supply. Similarly to Ethereum- but contrary to a prolific number of other cryptocurrencies currently on the market, the renowned cryptocurrency can only have a maximum of 21 million Bitcoin available, and consequently its value cannot be jeopardized in the future by government-induced changes in the market such as quantitative easing policies or inflationary spikes.’- says Mason Versluis.

An Investor and Influencer with a unique philosophy:

Crypto Mason is known for his well-received talks on financial investment, spirituality enshrined in his slogan “Health, Wealth and Self.”

Having amassed a prolific audience of over 100 000 people on social media, an active chat that allows him to liaise with over 3,000 persons on a daily basis, and having been featured on a popular media outlet for Crypto-spirituality, Mason Versluis undoubtedly has come a long way since the start of his prosperous career.

His unique analysis in relation to the importance of maintaining a robust Mental Health in a financial investment setting has enabled thousands of individuals around the world to pursue a holistically balanced lifestyle that enables them to secure financial success without the commonly associated opportunity cost of a deteriorated health.

An Investor Who Gives Back:

Versluis distinctive philosophy has been recently highlighted as a result of his philanthropic tendencies- regularly organising giveaways that can exceed $ USD 1,000 in the crypto analyst’s favorite cryptocurrency "HBAR" as a way of ‘giving back’ to his loyal community.