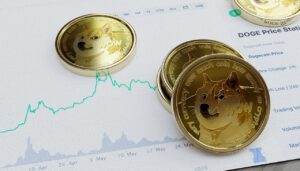 US stocks struggled after the big banks had a rough start to earnings season.  JPMorgan shares dropped sharply over fears that surging expenses and wage inflation may lead to a greater profit miss over the next couple of years. Risk appetite did not get any favors from a wrath of US economic data that missed expectations, raising fears that the underlying recovery is vulnerable. The great cyclical rotation was reversed today and even though Treasury yields soared higher, tech stocks caught a bid.

US retail spending decreased by 1.9% in December, much worse than the expected 0.1% decline.  Online sales fell by 8.7%, but that should not be the beginning of a trend.  Americans most likely got their holiday shopping done early and the spread of omicron dampened some in-store shopping. Retail sales will continue to decline in January.

The preliminary January consumer sentiment dropped sharply to the second lowest level in a decade. This weakness was mostly omicron related but that should hopefully be in March.  Inflation expectations also rose and that will likely remain the case until CPI peaks over the next couple of months.

Crude prices continue to rally on optimism that the oil market will remain tight as COVID pandemic starts to move into the endemic phase.  Money managers are turning very bullish with Brent crude, sending bullish bets to an 11-week high.  Today’s oil price rally is very impressive given how strong the dollar is today.

WTI crude prices pared some gains after the weekly Baker Hughes rig count data showed oil rig counts increased by 11 to 492.  WTI crude is not too far from the October 25th high of $85.41, which means if that level is surpassed, prices may not have much resistance until just ahead of the psychological $90 level.

Gold finished on a down note as the dollar surged after bank earnings painted a picture that most companies will face higher-than-expected expenses. The first taste of big earnings has everyone on Wall Street worrying about wage inflation and that might force the Fed to be more aggressive in removing accommodation.

Gold may be in for a choppy period until the January 26th FOMC meeting.  Gold traders want more clarity on how aggressive the Fed may be in reducing the balance sheet as that will dictate how high rates on the back-end of the curve can go.

Elon Musk’s tweet that Tesla merchandise can now be bought with Dogecoin sent the meme-based cryptocurrency surging higher.  Dogecoin rallied over 20% to $0.20 before settling around $0.1869.  Last month, Musk hinted this would happen as a pilot was done for accepting Dogecoin on a test basis.

Despite Dogecoin’s big move, this Tesla story isn’t a gamechanger and probably won’t be a catalyst for it to recapture the highs seen last summer.