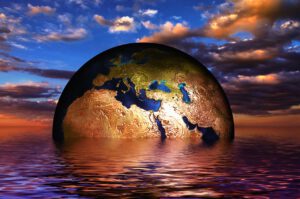 Climate justice coalition keeps up the fight for CalPERS, CalSTRS divestment, promises to return with similar legislation next year

California — Today amidst a historic mega-drought, wildfires, and fossil-fueled public health crises, Assemblymember Jim Cooper, Chair of the Assembly Committee on Public Employment and Retirement, refused to allow Senate Bill 1173, California’s Fossil Fuel Divestment Act, to be heard in his committee. This one-man veto allows the state’s pensions to continue to invest billions from public funds into the fossil fuel industry, for now.

This decision is a moral failure that disproportionately impacts young people, Indigenous communities, communities of color, and low-income communities. Climate chaos has already cost California billions in damages and health costs from fossil fuel pollution and climate disasters. Jim Cooper, who has just been elected Sacramento County Sheriff, has reported $36,350 in Big Oil campaign contributions from this election season alone.

Since the bill was introduced in February, it has gained the support of 143 unions, cities, and organizations, inspiring Californians to make thousands of calls, write nearly 20,000 letters, and organize dozens of meetings with legislators to advocate for SB 1173. All across the state, the fossil fuel industry’s power to kill climate legislation has been exposed. The coalition promises to return with similar legislation next year, and will turn up the pressure directly on CalPERS and CalSTRS to live up to their fiduciary duty. Youth organizers will gather tomorrow morning at the Capitol for an action and press conference to chart the path forward to pension divestment.

“The fossil fuel industry doesn’t benefit low-income communities or people of color. We are never considered when they make decisions about their business. It's infuriating that our elected officials take huge donations from this industry, and then turn around and deny young people, frontline communities, and our entire movement the chance to even make our case and have a fair vote,” said Marlay’ja Hackett, 15, Youth vs. Apocalypse.

An estimated 1,500 institutions representing over $40 trillion in assets have already committed to fossil fuel divestment. SB 1173, and the broader divestment movement, intends to end the contradictory and incongruous policies that position the state of California as a climate leader while simultaneously investing billions into the fossil fuel companies powering the climate crisis. Specifically, SB 1173 would have prohibited CalPERS and CalSTRS from investing in the top 200 fossil fuel companies, required that they divest any current investments in those companies by 2030, and annually report on their divestment progress beginning in 2024.

“Today is a sad day in the history of California when the fossil fuel industry and its political allies defeated the will of the majority of CalSTRS and CalPERS beneficiaries and silenced the voices of the majority of the citizens of our great state,” said James Stone, Southern California Divestment Network. “This defeat is just a temporary setback, however. We will organize to come back stronger to make our demand for fossil fuel divestment heard because fossil fuel companies are driving us toward unimaginable disaster and neither CalSTRS and CalPERS management nor our elected representatives are doing enough to hold them accountable. We must prevail because our common future is at stake.”

This vote follows the release of a comprehensive report from Fossil Free California, which revealed that CalPERS and CalSTRS have used their influence as shareholders to obstruct climate action at major fossil fuel corporations, including BP and Shell, as well as financial institutions around the world. Since 2009, the funds’ failure to divest has cost their members over $17.4 billion in returns.

Fight Against The Impacts Of Climate Change On California

“While I am deeply disappointed that my Senate Bill 1173 was not set for a hearing in the Assembly Committee on Public Employment and Retirement this week, I remain committed to the necessary and ongoing fight against the impacts of climate change on our state, and especially those communities in my district that are disproportionately impacted by the negative effects of the climate crisis,” said Senator Lena Gonzalez (D-Long Beach). “Teachers and state employees whose retirement futures are invested by our state’s pension funds have long demanded that CalPERS and CalSTRS cease investing their money in fossil fuel companies, and this demand will only grow stronger and louder. I’m thankful for the hard work of our grassroots supporters at Fossil Free California, the California Faculty Association, and the youth climate activists with Youth Vs Apocalypse who helped move this bill out of the Senate and look forward to continuing this fight to ensure policy aligns with our state's values as a world climate leader, and that we can pass on a livable planet to future generations.”

“Jim Cooper just decided to continue investing public money in the unequal suffering of my community.  CalPERS and CalSTRS  have been invested in these companies for decades, and during that time, their ‘engagement’ has come nowhere close to stopping the harm to my community or our world. Instead, fossil fuel companies have put billions into lies and disinformation to stop life-saving action on climate and pollution, and billions into exploiting more and more dangerous forms of fossil fuel extraction,” said Lizbeth Ibarra, 18, Youth vs. Apocalypse. “They’ve been responsible for causing sickness and death to the 2 million Californians who live within a mile of fossil fuel infrastructure, a disproportionate amount of whom are Black and Brown communities like mine. Jim Cooper decided this injustice didn't even deserve a vote.”

"By killing the fossil fuel divestment bill, Assemblymember Cooper is denying our communities a chance to fight back against the fossil fuel industry that is poisoning our air.  The divestment bill offered a chance for our teachers and public employees to invest their retirement funds in line with their values of protecting our air, water and soil,” said Martha Dina Argüello, Executive Director Physicians for Social Responsibility-Los Angeles.

“It is inexplicable that the Chair of the Assembly Public Employment and Retirement Committee refused to hear Senate Bill 1173 today, a CFA co-sponsored bill. This important piece of legislation would have prohibited both CalSTRS and CalPERS from making additional investments into fossil fuel companies and require them to divest nearly $9 billion in current holdings by 2030. Fossil fuel industries contribute significantly to climate change, including devastating wildfires, extreme drought, and excessive heat,” said Charles Toombs, CFA President. “Why do we continue to fund fossil fuel companies—which exacerbate our climate crisis—with our pension and public funds? Right now, our state and our country are feeling the effects of the destruction of our planet and our communities, as our elected leaders remain morally absent, allowing this to happen with no repercussions to the fossil fuel companies accelerating this disaster.”

"As a long-time CalSTRS member and grandmother, I am heartbroken that my pension continues to finance the mega-drought, wildfires, and health issues affecting so many Californians. I don't understand how Assemblymembers such as Committee Chair Cooper continue to buy the argument or CalSTRS’ reasoning that divestiture means less money in the pension fund — a rationalization that BlackRock has disproved,” said Marjorie Lasky, CalSTRS beneficiary and retired History Professor. “One thing's for sure: we're going to keep organizing and pushing for our state pension funds to do the right thing with our retirement savings."

“It's not surprising that our biggest obstacle to reducing the political influence of the fossil fuel industry in California and beyond is exactly that—the chokehold that Big Oil has on our political systems and our representatives,” said CJ Koepp, Communications Coordinator at Fossil Free California. “While the bill's progress has been cut short this session, our youth-led coalition has already accomplished so much and we'll be back next year stronger than ever.”

“California's progress on climate action is undermined by its huge public investments in fossil fuels—trying to make a profit off the end of the earth is a mug's game, not to mention immoral. It's time to join the thousands of jurisdictions around the world that have done the economically and environmentally sane thing and divested,” said Bill McKibben, Founder, Third Act.

“I am very proud of all the achievements that I and my fellow youth have made, but I find it wrong that youth find themselves fighting for what should be a human right to liveable and just planet to live on for years to come. It is sad that there are people in the world who prioritize their power and personal profit over the lives of future generations,” said Christopher Soriano, 15, Youth vs. Apocalypse.

"It is upsetting to see one man backed by fossil fuel interests halt a powerful coalition of voices calling for climate accountability and the divestment of our state pensions from fossil fuels. SB 1173—the Fossil Fuel Divestment Act of 2022—may have died, but we will be back next year stronger than ever,” said Miriam Eide, Coordinating Director, Fossil Free California. “Already we are pivoting to continue building power with our union and community allies and to keep the pressure on the state pensions through future legislation and direct pressure on the pension boards.”

“At a time when frontline communities cannot afford anymore lip service, it's devastating that fossil fuel and corporate interest blocked this crucial legislation through committee. We cannot allow fossil fuel financing and legislators’ delay tactics to wreak any more havoc on our climate,” said Amy Gray, Senior Climate Finance Strategist at Stand.earth. “Frontline communities won’t wait for lawmakers to appease the fossil fuel executives while our homes burn and flood, while our bodies are polluted and our children’s futures are destroyed for profit. This isn’t the end of this fight.”

“When I read what scientists are relying on me about my future on this planet I often go through cycles of grief and frustration. When a new IPCC report gets released, I get immobilized with anxiety, and dread. Oftentimes I can’t find the motivation to get through the day. I’m not the only young person with this struggle—most of us all grew up with an understanding that our environment was in danger and the time to act was limited,” said Sim Bilal, Logistics Lead, Youth Climate Strike LA.

“It took New York organizers five years of work in the legislature to get their state’s pensions fund to divest. We got through the California senate in one year, and were stopped by a committee chair who has never let a divestment bill through his committee. Along with others, we plan to expose Assembly and Senate members running for seats this November with fossil fuel money.  We will get a bill through in the next session and in the process, we will expose the toxic power of fossil fuel money to slow the transition to a livable and just society,” said Cynthia Kaufman, author of The Sea is Rising and So are We.