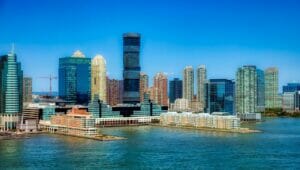 1 in 5 New Jerseyans are spending their savings now to lock in lower prices, before inflation rises, finds study.

While Covid dominated headlines for over two years, inflation has now superseded it as the main talking point among concerned Americans. For many, the mere mention of ‘inflation’ can cause a panic, as rising prices and stagnant incomes mean they can’t keep up with the cost of living.

New Jerseyans Are Spending Now To Lock In Lower Prices

As millions of people in countries that have experienced ‘hyper-inflation’ will attest to, a good hedge against it is to buy sooner rather than later - the rationale being that, if you plan on making a big purchase such as a car, for example, it is likely the vehicle will be cheaper now than in a few months time.

And it appears it is a strategy being adopted by many New Jerseyans - that is, according to a survey (2,500) by CouponBirds, a provider of consumer information to do with real-time deals and savings, who found that almost 1 in 5 (19%) New Jerseyans say they are purchasing things now, that they don’t necessarily need, in order to to lock in lower prices.

America’s New Gold Rush? In another study, the company also analyzed Google search data across the nation, uncovering trends in searches for ‘gold stocks’. These results were then broken down by state to find out where people are most and least worried about inflation, by looking to potentially invest in the precious metal which is widely assumed to be more inflation-proof than most assets.

The research revealed that when inflation surged to 8.5% in March this year (a jump of 0.6%), there was a simultaneous 32.4% spike in online searches for ‘gold stocks’ from worried New Jerseyans (compared to a national average of 29%).

Upon a closer look at the data broken down by state, the five most concerned states were

And the least concerned states were:

‘Our research is evidence that people are trying to reinforce their finances to protect them from further inflationary pressures, and it’s no surprise given the shockingly exponential increase in inflation since last year,’ said Tricia Smith of CouponBirds. ‘Americans appear to be looking for hedges against inflation in different ways.’