Vancouver, Canada - Mawson Resources Limited (“Mawson”) or (the “Company” - https://www.commodity-tv.com/ondemand/companies/profil/mawson-resources-ltd/) (TSX:MAW) (Frankfurt:MXR) (PINKSHEETS: MWSNF) is pleased to announce that Mawson is among 24 companies to receive Queensland State Government support for exploration focused on new economy minerals including silver, copper and gold, aimed to increase exploration and to drive future resource jobs in Australia.

-          Mawson will receive $200,000 funding under Collaborative Exploration Initiative (CEI) to fund deep drilling for silver, copper and gold near the world-class silver-lead Cannington mine;

-          The Mt Isa block extends to the south almost as far under 100-500 metres of cover as it extends on the surface for a combined total of 600 kilometres. The gravity target which Mawson will drill test (“F11”) is part of Mawson’s Mt Isa SE project that encompasses a new search space along the eastern margin of the Mt Isa block;

-          While the Company remains focussed in Finland and Victoria for gold, over the last 3 years Mawson’s strategy has been to acquire district-scale areas undercover and along strike from large mines. The Company has built a significant position of 483 square kilometres of granted exploration licences in the Cloncurry district of Mt Isa, over a combined 60 kilometres of strike, and is surrounded by South32 Ltd and Sandfire Resources Ltd (Figure 1);

-          The Queensland grant will fund a single wildcat drill hole to test a coherent and large multi-point residual 1.5 mgal gravity undrilled anomaly (“F11”) with an offset magnetic high. The anomaly has a shallow peak of 400 metres depth and average depth of 600-700 metres. Depth of cover is estimated to be less than 300 metres (Figures 2 and 3).

Mr. Hudson, Chairman and CEO, states, “We are thrilled and thankful to the Queensland Government that Mawson has been recognized for its quiet hunt for silver and copper/gold resources in the prolific Mt Isa region of Australia. The Company has now been funded to drill our best target in the Mt Isa area, located 50 kilometres south-southeast of the silver-lead Cannington mine, which provides a tremendous opportunity in true “elephant” country. Shareholders can now anticipate results from drill programs from three prospective global precious-metal terrains during the remainder of the year.”

The Queensland Government considers exploration critical to keep up with the soaring global demand for tech minerals, creating these grants to put the State resource industry on the front foot. Mawson is among 24 companies to receive State Government funding and is thankful for the support and recognition of our work completed to date. Round 4 of the program was provided under the New Economy Minerals Initiative (NEMI).

During 2019, Mawson was successful in receiving co-funding from the Queensland Government Round 2 CEI. This funding enabled Mawson to complete a 936 station, 1 kilometre spaced ground gravity survey and a 4,750 line-kilometre, 200 metre line-spaced aeromagnetic survey across an 80 kilometre long target area in the Mt Isa region. A direct result of the co-funded CEI Round 2 work was the delineation of a number of gravity/magnetic targets which included the definition of the first priority F11 target. Subsequent geophysical modelling and 3D inversion has permitted precise drill targeting of F11. A simple profile model of F11 indicates a complex set of four bodies sourcing the anomaly. The principal anomaly source may have a shallow peak at 400 metres, with most of the body being at a depth to top of 600 to 700 metres.

The F11 gravity target is structurally well positioned. It is located 2.5 kilometres and lateral to the interpreted trace of the Cloncurry Fault, a significant regional fault with many splays evident in the seismic line interpretations. South32 Ltd’s Cannington silver-lead mine is proximal to the same fault zone. Additionally, F11 is located at the southeastern tip of a regional gravity feature, suggesting a spatial association with a second order structure parallel to the Cloncurry Fault (Figures 2 and 3).

The Mt Isa area contains 5% of the world’s silver resources, 1.7% of the world’s copper resources, 21.2% of the world’s lead resources and 11% of the world’s zinc resources within numerous world-class mines. Most of these mines were discovered within outcrop or subcrop areas. The Mt Isa block extends to the south almost as far under 100-500 metres of cover as it extends on the surface. Mawson’s strategy has been to acquire undercover areas within prospective host sequences in data poor environments. The deposit styles targeted are iron-oxide copper gold (IOCG) deposit or Cannington silver-zinc (Broken-Hill type). Copper, gold, zinc and silver are all considered “New Economy Minerals” and are vital contributors to a clean, electrified and low carbon new economy. The total resource at Cannington in May 2007 (Bailey, 1998) comprised 43.8 Mt @ 538 g/t silver, 11.6% lead, 4.4% zinc for 758Moz of silver.

In the late 1980s and early 1990s, widespread use of geophysical techniques and drilling persistence led to the discovery of a number of major deposits under cover in the Mt Isa region, such as Cannington (about 60 metres deep), Century (40 metres) and the iron oxide-copper-gold type Ernest Henry deposit (40 metres). Since that time, grassroots exploration worldwide has decreased, while the search space depth, driven by technology and increasing exploration maturity has increased. Following the discovery of Cannington in 1990 the area immediately west of Mawson’s tenure area was subject to multiple drilling campaigns as well as ground and airborne geophysical surveys. However, drilling is sparse where cover depths exceed 200-300 metres.

Nick Cook, President for the Company, is a qualified person as defined by National Instrument 43-101 – Standards of Disclosure for Mineral Projects and has prepared or reviewed the preparation of the scientific and technical information in this press release.

Mawson Resources Limited is an exploration and development company. Mawson has distinguished itself as a leading exploration company with a focus on the flagship Rajapalot gold-cobalt project in Finland and its Victorian gold properties in Australia.

On behalf of the Board, 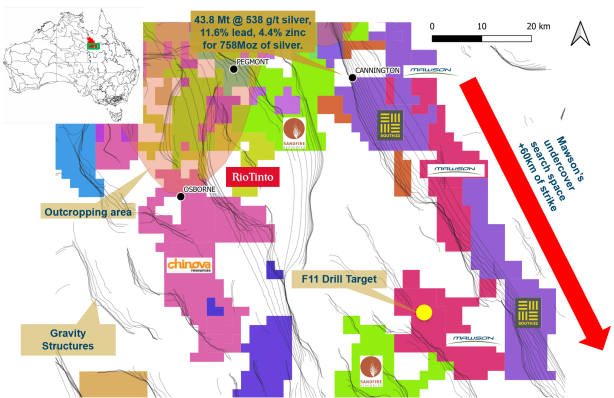 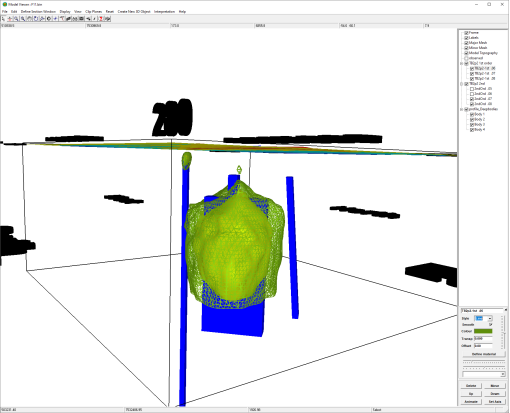 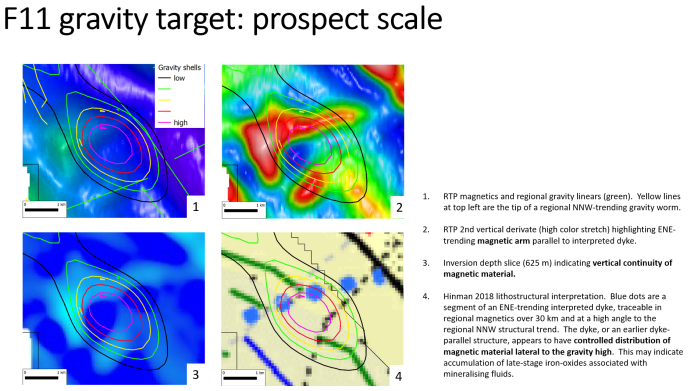