Where’s My Tax Rebate From Massachusetts? Here’s All You Need To Know 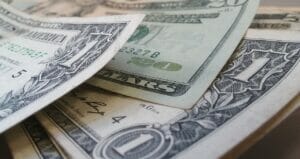 Massachusetts started sending the tax rebate out earlier this month. As of last week, the state had sent about 1.3 million refunds totaling more than $1.2 billion.

Although the state is sending payments to eligible taxpayers every week, many are still waiting for their tax rebate from Massachusetts. If you are one of them, then detailed below is everything you need to know about when you will get your rebate payment.

When To Expect Your Tax Rebate From Massachusetts

In October, the Baker Administration announced that eligible taxpayers will get a tax rebate depending on their 2021 tax filing. This rebate is the result of Chapter 62F which states that any money over allowable revenue must be returned to the taxpayers. This is only the second time since 1987 that the Commonwealth experienced a surplus of almost $3 billion.

Massachusetts started sending the rebate out earlier this month. The one-time tax rebate from Massachusetts is estimated to benefit about 3 million taxpayers. According to the state Department of Revenue, it issued about 500,000 payments in the first week and will send a million more every week through the end of the year.

The tax rebate from Massachusetts isn’t going out in any particular predictable order. So, if you haven’t yet gotten the rebate, don’t worry. Eligible taxpayers, who have already filed their 2021 tax return and had a tax liability, will get the rebate money automatically by mid-December, according to the authorities.

How Much Rebate Money To Expect

Eligible taxpayers could get a rebate equaling around 14% of their personal income tax liability in Massachusetts for Tax Year 2021. Taxpayers can use the online refund estimator to get an idea of the rebate amount to expect. For any questions regarding the tax rebate, you can call 877-677-9727.

It must be noted that the rebate amount may be reduced for taxpayers with outstanding tax bills, child support payments "or certain other debts."

If you are expecting a direct deposit, then keep an eye on your bank account for the words “MASTTAXRFD.” In contrast, the paper check will include several sentences on the check explaining Chapter 62F and why the taxpayer is receiving the rebate.

Those who haven’t yet received their rebate amount should not fall for any scams promising them a quick rebate. According to the state government, they won't be calling or emailing anyone regarding the tax rebate.

“The only communication you may receive about this return will be reminders about key dates or deadlines.  If you receive a phone call or other communication seeking payment or offering to expedite the process, it is a scam,” the state government’s website says.