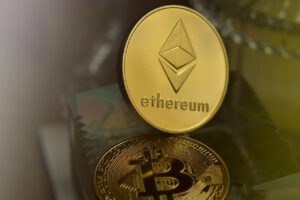 ETC and ETH are very different and will diverge further.

There are actually two hard forks which have occurred, and this article looks at the original hard fork and the more recent hardfork.

Ethereum Classic, as the name hints, is the granddaddy of the Ethereum blockchain. If not for what happened in 2016, it may still be the only Ethereum in existence today. But that was not to be.

It all started with something called the Decentralized Autonomous Organization, or DAO. The DAO was created to act as a sort of decentralized funding community and platform. The DAO was built on the Ethereum blockchain with the purpose of funding blockchain applications. It acted as a sort of venture fund in which successful blockchain applications would return gains to investors. Token holders could vote on which projects to fund, with those receiving more than 20% approval moving on to development.

Investors in the DAO also needed a function by which they could withdraw their support for a given project. This is where the trouble started. A so-called split function was created which enabled investors to get their Ether back. The investor would get their Ether back and the ledger would update. But the Ether holder wouldn’t be able to use their Ethereum for 28 days.

This splitting function was identified as vulnerable in May and June of 2016 until it was finally exploited on June 17, 2016.

On that day “The hacker or hackers stole 11.5 million of Ether, worth approximately $50 million at the time, by repeatedly triggering the splitting function. The network continued to refund Ether for the same DAO tokens without registering the transaction on the public ledger. However, the stolen Ether was still subject to the 28-day holding period. Because the Ether was technically recoverable, the Ethereum community could either create a fork to reverse the illegitimate transactions or do nothing.”

That was the first major hard fork between Ethereum Classic and Ethereum. But another happened not long ago. Fortunately this was proactive rather than reactive.

Proof of Work and Proof of Stake

Ethereum Classic remains a proof of work blockchain. Back in 2020 Ethereum switched to proof of stake marking another hard fork between the two.

The point here is that blockchain projects and cryptocurrencies are becoming increasingly concerned with efficiency and environmental impact. The choice to remain a proof of work blockchain may indeed be a costly one for Ethereum Classic as it relates to price.

It’s probably another reason that ETC is going to have trouble garnering much attention in the broader crypto world of 2021.

On the date of publication, Alex Sirois did not have (either directly or indirectly) any positions in the securities mentioned in this article. The opinions expressed in this article are those of the writer, subject to the InvestorPlace.com Publishing Guidelines.