U.K. Inflation Soars By 3.2% in August, The Highest On Record 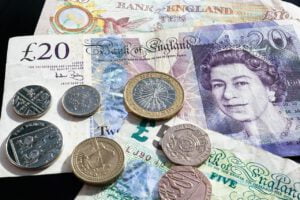 U.K. inflation has shot up by 3.2% in August YoY from 2% YoY in July. This is the biggest monthly rise in the historical series, which began in 1997. Analysts expected a minor rebound to 2.9%.

U.K. Inflation At A Record High

As confirmed by the Office for National Statistics (ONS), the monthly rise in the general CPI was 0.7% –above the 0.5% predicted by analysts. However, the agency has specified that this large monthly rise "is likely to be a temporary rise."

In this sense, the ONS has explained that the greatest contribution to the rise is a base effect, partly due to the discounts in the prices of restaurants and cafes in August, as a result of the “Eat Out to Help Out” initiative by the Government, and to a lesser extent, to VAT reductions in the same sector.

Restaurants and hotels, leisure and culture, and food and non-alcoholic beverages made the largest upward contributions to the change in the 12-month inflation rate between July and August 2021.

In the statement, quoted by CNBC, the office further said “Because EOHO was a short-term scheme, the upward shift in the August 2021 12-month inflation rate is likely to be temporary.”

“The larger-than-normal month-to-month increase in the core CPI in August also was mainly due to a huge 4.9% rise in used car prices, which pushed up that component’s inflation rate to an eye-catching 18.3%,” he said.

Meanwhile, the U.S. wholesale inflation rose steeply by 8.3% in August, the highest on record. A report by Contingent Macro Advisors pointed that, “Since the pandemic, supply chains have never been the same and likely won’t normalize for at least six months.”

The record inflation is reported ahead of the holiday season, which –according to experts– will be marred by shipping delays due to workforce shortages and supply chain constraints.

Also, China is struggling with similar issues as its wholesale inflation is higher than in the U.S. The country’s Producer Price Index pitched 0.8% in August and has jumped 9.5% in the past 12 months, the fastest rate in 13 years.

Ding Shuang, chief economist for Greater China and North Asia at Standard Chartered Plc in Hong Kong, told Bloomberg: “Our analysis shows quite close correlation between China’s PPI inflation and the U.S. CPI inflation. Our forecast envisages elevated PPI inflation by the year-end, before easing from next year.”