These Are The Top Ten Technical Analysts Of 2020 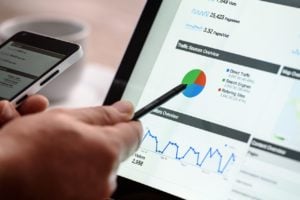 Parets is the founder of All Star Charts. His work regularly features on Bloomberg, CNBC, Fox Business, ABC, CNN, Wall Street Journal, and more. Also, he has been invited to speak at many popular institutions, including Harvard, Duke, NYU, University of Chicago, and more. He got his bachelor's degree from Fairfield University and Chartered Market Technician designation (CMT) in 2008.

O’Hare is the chief operating officer at Signal Centre and has more than 30 years of experience in financial markets. His expertise and knowledge were instrumental in the management buyout of PIA First in 2013. He started his career as a computer operator at Centrefile in 1985. O’Hare holds a certificate in Global Financial Compliance with the Chartered Institute for Securities & Investments.

Lambert is a director and technical analyst at Futurestechs since 2000. He is the author of Candlestick Charts, which was published in 2009. Lambert is also a popular speaker/trainer in Technical Analysis. He is an IFTA Board Member since 2019. Also, Lambert was the Board Member of the UK Society of Technical Analysts between 2004 and 2010. In 2015, he rejoined the Board, and in 2018, became its vice chairman.

Habib is a technical analyst at Paradigm Capital (previously Haywood Securities). He has been with Paradigm Capital since September 2015. Habib also worked as an equity research intern at Global Securities Corporation (Acquired by PI Financial). He is a CFA (Chartered Financial Analyst) and CMT (Chartered Market Technician).

Gand is a chief technical analyst at Market Securities, which is a global independent dealer-broker with offices in London, Paris, Dubai and Geneva. The Technical Analyst Magazine has recognized his work several times.

Davis has more than 25 years of market experience. He is the Managing Director and Chief Technical Strategist at RBC Capital Markets in Canada. Previously, he was the vice president on RBC’s spot Canadian dollar and forward foreign exchange desks. Davis is a professional member of the Canadian Society of Technical Analysts and a member of the CMT Association.

Adcock has been following technical analyses since the late 1980’s. He started his career with Investment Research of Cambridge Ltd, and since then has worked at Credit Lyonnais and HSBC futures broking desk. In 2000, Adcock joined UBS, and in early 2015, he went to Brevan Howard. In 2016, he founded Adcock Analysis Ltd. Adcock is also part of the executive committee of the Society of Technical Analysts.

Shah has over two decades of experience in technical research and advisory services. He holds CMT from the Market Technician Association (USA), CFTe from the International Federation of Technical Analyst, as well as MSTA from the Society of Technical Analysts, London. Shah is the founder and chief strategist at Goldilocks Premium Research. Prior to this, he worked at JM Financial as its director and chief technical analyst.

The post These Are The Top Ten Technical Analysts Of 2020 appeared first on ValueWalk.