Stimulus Check From Missouri: Senator Proposes Up To $325 In Tax Rebate 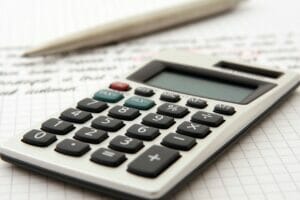 Taxpayers in Missouri may get some monetary help before the end of the year if a new proposal is approved. The new proposal would give eligible taxpayers a stimulus check from Missouri of up to $325.

This proposal was introduced on Wednesday during the special legislative session called by Gov. Mike Parson, who wants to cut income taxes.

Stimulus Check From Missouri: A Proposal For Now

On Wednesday, Senator Lincoln Hough proposed the plan to send rebate checks to eligible taxpayers. Under the proposal, taxpayers with an income of $150,000 or less would qualify for a rebate of up to $325, while couples earning less than $300,000 annually could get up to $650.

Hough’s proposal is similar to a rebate check plan that Gov. Mike Parson vetoed in June. The spending bill that Parson vetoed would have given a rebate of up to $500 to each person reporting taxable income.

At the time, Parson argued that the plan lacked enough money to fund the full rebate, and that the state should come up with a permanent measure rather than sending rebate checks.

Parson also vetoed a bill that aims to offer incentives for rural areas, saying the proposed two-year sunset was impractical. On Wednesday, however, the governor asked the lawmakers to add rural incentives to the bill and give them a six-year sunset.

Apart from Hough, 10 more lawmakers came up with a proposal on how to use the state taxes. More than two dozen proposals were filed Wednesday, with 10 bills supporting cuts in income taxes, while one was in favor of reducing the corporate income tax (leaving the personal income tax untouched).

What Does The Governor Want?

Hough, who is expected to be part of a Senate Appropriations Committee next year, proposed the plan on the opening day of a special session called by the governor. The Republican governor wants the Legislature to support his call for a $700 million election year tax cut by reducing the income tax rate from 5.3% to 4.8%.

Parson also wants to increase the standard deduction for single filers by $2,000 and for couples by $4,000.

Parson argues that the time is right for the tax cut because the state general revenue fund through July 31 had a surplus of over $4.2 billion. Moreover, tax revenue for the state has jumped by about 24% this fiscal year. The state got more than $9.8 billion in federal pandemic aid since April 2020.

Democrats, on the other hand, argue that the state is unable to offer adequate services on many fronts despite an increase in revenue.

As of now it isn’t clear if the stimulus check from Missouri will be possible or not. The Senate is adjourned until Monday, so any update on the proposal won't be available until next week.