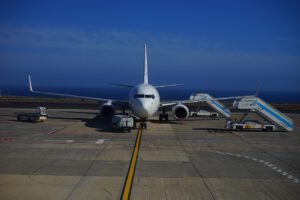 Southwest Airlines Co (NYSE:LUV) canceled more than 1,000 flights on Sunday claiming bad weather and operational issues due to traffic. However, users on Twitter including Sen. Ted Cruz, R-Texas, were suspicious the pilot union had attempted to block the airline’s Covid vaccination policy via legal proceedings.

According to Fox Business, the airline said cancellations were due to disruptive weather and air traffic control issues, but the timing aroused suspicions including those of the Texas Republican who tweeted: “Joe Biden’s illegal vaccine mandate a work! Suddenly, we’re short on pilots & air traffic controllers.”

Following President Joe Biden’s instruction, Southwest announced last week that all of its staff should be fully vaccinated against COVID-19 by December 8 –with medical or religious exemptions allowed.

The airline is required to get its workers fully vaccinated since companies with federal contracts are obliged to do so. “Southwest’s work for the government includes flying the military in emergencies and carrying mail for the U.S. Postal Service,” Fox Business underlines.

“United also said it would put staff who couldn’t get the shots due to medical or religious reasons on unpaid leave until COVID-19 rates go down.”

Challenge From The Union

As reported by Bloomberg, the Southwest Airlines Pilots Association contested the airline’s instruction at a federal courtroom in Dallas, maintaining the policy “unlawfully imposes new conditions of employment and the new policy threatens termination of any pilot not fully vaccinated by December 8, 2021.”

After Friday proceedings, the union stated in a press release on Saturday that it is aware of the “operational difficulties,” and asserted “we can say with confidence that our Pilots are not participating in any official or unofficial job actions.”

CNBC enquired the airline about the validity of the weather and operational disruption claims, with Southwest emphasizing that the COVID-19 mandate was not the trigger of the delays.

An airline’s spokeswoman told the news outlet, “There’s a lot of unfounded rumor and speculation circulating,” and did not comment on Sen. Cruz’s tweet.

The company referred Fox News to an initial statement, which read: “We’ve continued diligent work throughout the weekend to reset our operation with a focus on getting aircraft and Crews repositioned to take care of our Customers.”