Opening Up Your Heart And Your Wallet: The Future Of Digital Philanthropy 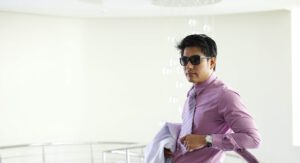 Gone are the days of the busker on the street corner, his guitar case open while he plays his music in the hopes that someone will drop a couple of singles or a fiver into it. The lemonade stand has suffered a similar fate, with children no longer choosing to sell their lip-puckering drink for fifty cents a pop to save up for their school trip. These days, the entire act of giving — no matter the currency, the cause, or the quantity — has moved online.

In many ways, this shift has been a boon for those in need. No longer do they need to suffer the indignity of standing there with their palms outstretched, begging for a pittance of charity from the passing throng. Instead, all they need to do is pop online, choose their favorite charitable crowdfunding website of choice, and type their tale of need into the small box. The much-needed financial resources would soon be flowing into their pockets, or rather, their bank accounts.

However, despite these new advancements in philanthropy, there still have been a myriad of issues that the recipients would face. For instance, some websites required certain thresholds to be met before they would release the funds. Others would take a generous cut of it themselves, leaving the benefactor empty-handed. Then there was the issue of fraud and scams, wherein someone would concoct a fake sob story and bilk unsuspecting, albeit kind hearted, marks out of their money.

Nevertheless, online charitable websites continue to flourish, and there appears to be no stopping them. Furthermore, it’s easier than ever before to donate to a cause of choice, and there are a veritable plethora of methods one could use to donate. While the tried-and-true crowdfunding websites likely won’t be going anywhere anytime soon, there are nevertheless a few other digital advancements in this sector that are certainly worth taking a closer look at, as well.

One of the biggest barriers to promoting charity is the ambiguity as to where these funds are going. Not only is it far too easy to con unsuspecting people out of their hard-earned dollars, but many online platforms further confound the issue by not revealing how much they’re taking from the donation. Many people are already understandably wary about donating, and the uncertainty as to where their money is going makes it harder for them to pull the trigger.

Enter: blockchain record-keeping. This fairly novel method of collecting and storing data has banished the ambiguity about donations, removing one of the biggest barriers that hold people back from giving. By utilizing blockchain technology, the risk of data tampering and questionable sources is greatly reduced. In addition, it makes it significantly easier to track where the donated funds are going and how they’re spent, effectively facilitating the donation process by putting anxious donors’ fears to rest.

Youth and Social Media Rallying for a Cause

While it may seem almost predatory to try to tap into the innocent and sincere charitable nature of youths, nevertheless, it remains a largely untapped market. Many people avoided asking teens and young adults to give, out of fear of crossing some ethical boundary. However, the fact remains that the younger generation not only have the resources to give, but they also have a strong desire to do their part, too. For them, a new platform makes it dramatically easier for them to invest in causes that they believe in.

Today, several new websites have popped up, targeting these budding philanthropists. Espousing a tie to charitable operations that matter to this demographic, it’s allowing these individuals to vent their frustrations about social injustices in the world while also being proactive in combating them. As some of the more active purveyors of social media, young people have a voice, and they want it to be heard. By combining that instinct with platforms that appeal to them, they can finally spark a change that is rewarding to both themselves and their recipients.

Virtual Events Allow For Giving Back

While a charitable gala positively exudes class and elegance, especially with the wealthy crowd it tends to attract, they still tend to alienate a vast portion of the so-called “average” donor. Why should the affluent have all the fun in giving when the middle-class is just as willing to contribute, albeit without the black tie or slinky gown? For them, virtual events are precisely what they need, encouraging them to give back, without having to rent a tuxedo or scour the store racks for a dress in their size.

Even better, virtual events appeal to all personality types, allowing anyone to partake in them. Such events can include running a 5K around your block and donating a set amount for completing it, or it may simply entail wearing a certain color to signify one’s interest in a particular cause. For instance, the American Cancer Society launched their “Real Men Wear Pink” campaign to generate over $40 million for breast cancer initiatives (such as research, screenings, and patient services). In turn, giving back is now less stuffy and more inclusive.

What if donating to a cause that one believed in was as simple as replying to a text message or opening an app on their mobile device? Up until recently, this was a largely ignored means of generating revenue, but that’s no longer the truth. In fact, half of all traffic to charitable websites came from mobile browsers, and the number of people giving from their phones increased by 9% in 2020. From environmental causes to social causes, and even faith-based organizations, people want to give -- they just want to make it as easy as possible to do so.

All it takes is a poorly-loading website to cause even the most generous person to click away, which is why more charities are removing these obstacles to help facilitate giving. Charitable websites are now more optimized than ever on smartphones, and the “donate now” button is larger and easier to find on a page. This isn’t limited to secular institutions, either. Congregations can simply download an app or enroll in text reminders, then donate after a gentle reminder from the organization itself. From church giving software to mobile-optimized websites, and everything in between, this is clearly a resource that will make it a breeze to donate to a preferred charity moving forward.

Humans are largely social creatures, and we love to share our thoughts, beliefs, and ideals with the public. That’s what makes peer-to-peer charitable campaigns so successful. Not only do people like to give, but they also like to reveal to others that they just gave, further encouraging a cycle of philanthropy. Other people want to get in on those post-donation endorphins, and because of this, they also find themselves also contributing to a cause. The almost viral nature of peer-to-peer fundraising is strikingly impressive in its stark effectiveness.

The premise of peer-to-peer fundraising is fairly straightforward. A more advanced type of crowdsourcing, it starts with a plea for resources. Once a person donates, they’re then invited to share with others not only that they gave to the cause, but also a link for others to give, too. It appeals to a more grassroots nature of philanthropy, focusing more on the person or the cause rather than the dollar amount given. Thanks to its ability to generate a larger than anticipated amount of revenue for a cause, this method of donation continues to grow, leading to a notable influx of resources to the recipient.

The Use of Ads to Pull on Heartstrings

It’s fairly safe to say that nobody likes ads obscuring their web browsing experience. They tend to be intrusive, vulgar, and entirely unwanted. Because of this, it’s relatively surprising that online click-ads are growing in popularity, and charities are turning to them to secure their much-needed financial resources. While many people tend to ignore ads, as we’ve understandably been taught to be wary of them, they’re nevertheless proving to be a valuable resource in charitable operations.

However, the cost of running an advertisement can be exorbitant, which segues into the advent of another fairly novel innovation -- the use of grants to secure the capital to afford these ads. For instance, Google has made it possible for nonprofits to implore generous donors to consider contributing to them. While not necessarily new (this service has been around for several years), it still remains a fairly fresh offering. By awarding up to $10,000 each month to charitable organizations, they can use these funds to ask for funding, recruit volunteers, and even raise awareness about their cause.

Keeping the Human Element in Charity

There is a wide range of reasons why a person may want to donate to a cause. Whether it’s to help them satisfy an innate need to give back, or perhaps they’re doing it to position their own organization as a charitable one, it’s no secret that online donations are on the rise. Even during the height of the COVID-19 pandemic, 2020 saw online giving surge by over 21%, an increase by nearly a third over previous years. Furthermore, 13% of all donations came from online sources, further highlighting the growth of this previously untapped resource.

While many people may have concerns about the anonymity of these types of donations, it seems as though the opposite is true: public accolades are not necessarily a requirement for giving back. Human beings are inherently good, and they want to do good; they just don’t want to have to jump through hoops in order to do it. Virtual donations have made this possible, allowing us to channel that instinct into kindness and selflessness. And by recognizing the import of digital philanthropy, we can all work together to make the world a more generous, better place overall.

The post Opening Up Your Heart And Your Wallet: The Future Of Digital Philanthropy appeared first on ValueWalk.