Lucid Motors Very Well May Be the Next Tesla, But There’s a Catch 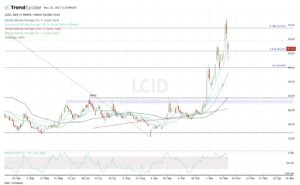 Lucid Motors (NASDAQ:LCID) has completely taken the world by storm. Or at least, the electric vehicle (EV) world, when it comes to the stock market. LCID stock has seen an explosive move to the upside, rallying roughly 125% over the past month.

Is that run about to come to an end? On Wednesday we were able to size up the perfect reversal trade in Lucid.

As satisfying as it was to nail a trade like that, it’s only because it was a great risk/reward opportunity. It doesn’t mean LCID stock is a screaming short and it doesn’t mean that shares can’t push to new all-time highs.

More importantly, Lucid has investors asking a question we haven’t heard in a while: Can it be the next Tesla (NASDAQ:TSLA)?

Can Lucid Be the Next Tesla?

The answer very well could be a resounding “Yes!”

Notice how we said “the next Tesla.” That’s a very important distinction because it’s not saying that Lucid will displace or dethrone Tesla as the EV leader. It’s simply a question of whether another disruptor can enter the space and carve out a dominant position within it.

It’s debatable whether it’s easier now ten years after Tesla forged its way into the auto industry — or if it’s harder.

On the one hand, Tesla has done a bulk of the heavy lifting. It transformed consumers’ view of electric vehicles and forced traditional automakers to make investments in the space. Charging companies, increased infrastructure spending on EV and far better technology has resulted.

While all of this will make Lucid’s entrance easier, it also faces a heck of a lot more competition.

Tesla’s the 800-lb gorilla in the room — or if you’d rather, the $1 trillion company — and has multiple global production facilities, impressive growth, robust financials and a massive lead in the EV market.

Looking past Tesla, there’s a whole host of new EV-specific companies in the space. They include several SPACs, but there’s also Nio (NYSE:NIO), Rivian (NASDAQ:RIVN), Fisker (NYSE:FSR), Xpeng (NYSE:XPEV), presumably Apple (NASDAQ:AAPL) and others. Then there’s the entire traditional auto space, which has a near-endless budget and now knows it has to go hard into electric vehicles if it wants to have a chance.

In short, competition will be the most difficult it’s ever been.

CEO Peter Rawlinson isn’t a noobie. He was the chief engineer for Tesla’s Model S before leaving the company almost 10 years ago. Now, he’s making a serious charge as the head of his own company.

The Lucid Air is just starting to roll off the production line and it’s doing so with plenty of fanfare. The vehicle just won MotorTrend’s coveted Car of the Year award. “It’s a major vote of confidence for one of the most promising up-and-coming challengers to Tesla. It also marks the first time that MotorTrend has given the title to a carmaker’s inaugural product,” BusinessInsider’s Tim Levin wrote.

That’s pretty impressive stuff — but so is this car.

The Lucid Air has an EPA-estimated 520 miles of driving range and over 1,100 horsepower available. This range really spanks all of Tesla’s vehicles (even the long-range versions).

Obviously there’s more than horsepower and driving range to consider, but the Lucid Air goes a long way to making a strong case for its specs. Of course, Lucid now has to grapple with many of the similar problems that Tesla has faced in the past. That includes ramping production, growing its orders and being mindful of its financials.

That said, it currently commands a market cap of more than $80 billion, which is a rather obnoxious figure given that it’s barely generating any revenue.

Still, the question is: Can Lucid compete and the answer is yes, it can. So with that answered, it’s also true that Lucid can be the next Tesla if it executes well.

There is one caveat: While Lucid can be the next Tesla in the EV world, I don’t know that LCID stock can be the next TSLA stock. Meaning, I don’t foresee it generating a $1.2 trillion market capitalization any time soon.

The Bottom Line on LCID Stock 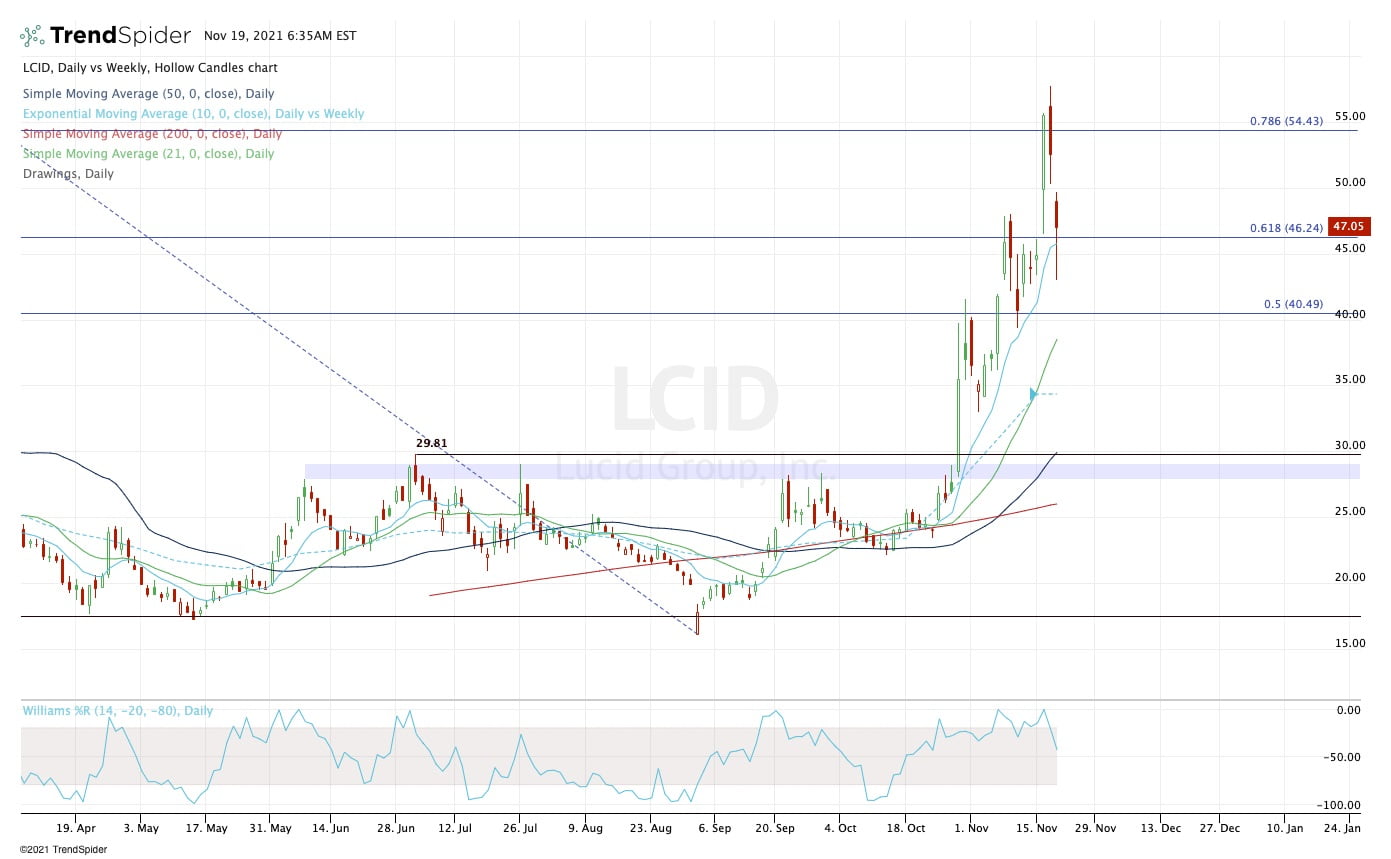 In other words, it’s possible that current expectations are conservative — again, if the company can execute.

What makes us think there’s considerable upside in an automaker with this type of valuation, no matter how good the product is?

On the date of publication, Bret Kenwell did not have (either directly or indirectly) any positions in the securities mentioned in this article. The opinions expressed in this article are those of the writer, subject to the InvestorPlace.com Publishing Guidelines.

Bret Kenwell is the manager and author of Future Blue Chips and is on Twitter @BretKenwell.