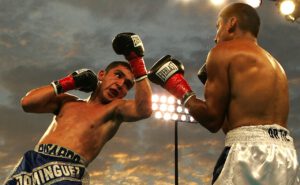 YouTube influencer Logan Paul is having quite the week after cashing $20,000,000 dollars for his exhibition boxing match with Floyd Mayweather. The fight went the distance going to all 8 rounds without either fighter getting knocked out, however many fans were quick to notice Logan’s strange behavior throughout the fight.

Jake Paul, while drunk, accidentally screamed into a TMZ camera “My brother just beat Floyd Mayweather high on cocaine” seemingly shocking the 14-year old harem of girls with him. Logan Paul has not yet confirmed or denied this, but it seems like Jake wasn’t supposed to let this one slip. Floyd later tweeted “DAT WHITE BOY COULDN’T EVEN BEAT ME ON COCAINE LOL, 51-0”

Logan Paul has been viciously assaulted on social media for missing 70% of his punches, despite throwing triple the amount of punches Floyd threw. It seems all around this fight was a simple legal robbery in broad daylight.