Legislature Scraps $250 Stimulus Check From Massachusetts, But Taxpayers May Still Get Money 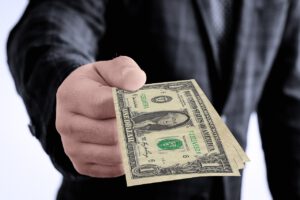 Why Did Lawmakers Shelve The Tax Rebate?

On Monday, Massachusetts lawmakers temporarily shelved the plan to send tax relief to residents. The plan, if approved, would have sent a one-time stimulus check from Massachusetts to eligible residents.

Lawmakers shelved the relief plan in the final hours of the legislative session, arguing they were blindsided by Gov. Charlie Baker and his administration over a 1986 ballot measure that allows the state to return about $3 billion to taxpayers.

Defending their decision, the lawmakers noted that they couldn’t manage to balance the existing relief mechanism and the economic development package.

"The fiscally responsible thing to do is to hit pause right now on all of this spending," Sen. Michael Rodrigues, chair of the Senate Ways and Means Committee, told reporters. "We want to make sure we get it right. We are committed to getting some real, long-term permanent tax relief done.”

Gov. Baker, on the other hand, notes that the state has enough surplus to fund his original $250, as well as any mandatory refunds.

The 1986 statute, which has been triggered just once (1987), calls for returning the excess money to the taxpayers if the income tax collection hits a predetermined dollar amount beyond the state budget.

Is A Stimulus Check From Massachusetts Still Possible?

Although the legislature has shelved the plan temporarily, many lawmakers still believe that a stimulus check from Massachusetts is a possibility. For instance, House Speaker Ronald Mariano noted that tax relief is “going to happen” this year in Massachusetts.

“We wanted to make sure to be fiscally prudent that we know what we’re getting into,” Mariano told reporters.

So, if everything goes smoothly, the eligible taxpayers would get their money by October, something that Baker's original plan proposed as well.

Gov. Baker proposed a plan to send a tax rebate of around $250 to individual filers with income between $38,000 and $100,000 last year (joint filers who made up to $150,000) by October. This means anyone who paid 2021 state income tax could be eligible for the tax rebate. Those with outstanding state tax bills may not get the tax rebate.