In the Future All Investors Will Practice Market Timing 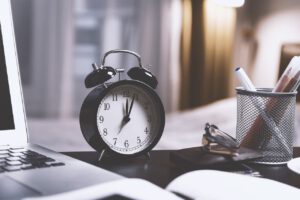 I believe that in the future all investors will practice market timing. Most would be afraid to do that today. First of all, the Buy-and-Holders are so critical of market timing that they have turned the word “time” into a four-letter word. On top of that, most investors would not have the first idea of how to go about market timing even if they were persuaded that it works or that it is necessary.

But I believe that all of that will change in not too long a time.

The amazing reality is that there has never been any reason to believe that market timing doesn’t always work and isn’t always required. The idea that there is something suspect about market timing is rooted in a mistake, the biggest mistake ever made in the history of personal finance.

There’s one form of market timing that really doesn’t work -- short-term timing. If you think that you can guess which way stock prices are headed over the next six months or over the next year, I wish you luck. There really is evidence that that sort of timing doesn’t work. In the short term, stock prices are a random walk. They might go up or they might go down. No one knows.

But to say that, because short-term timing doesn’t work, it’s okay to avoid timing altogether is like saying that, because driving drunk is a bad idea, you need to avoid driving altogether. Drunk driving is a special kind of driving that transforms what should be an entirely positive experience into something treacherous. The same thing is true of short-term timing. The reason why short-term timing doesn’t work is that there is no way to know with precision when stock prices will turn. But so long as you don’t try to do that, market timing is easy.

Over the long term, stock prices are always headed in the direction of the long-term average CAPE value of 17. When they go far above that, you can count on them dropping hard over the course of the next 10 years or so. There are no cases in the historical record in which this general rule did not apply. That’s because it MUST apply. Markets set prices properly. That’s what they do. When prices get out of whack, the market corrects them. It can take a long time for it to complete the job. But the market couldn’t continue to function if it did not eventually do so.

That’s true today. But will it be true tomorrow? I don’t believe so.

The Pricing Of Stocks

Stocks are today priced at more than two times their real value. When we see more than half of the value of the market disappear into thin air (irrational exuberance has no lasting value), millions of lives will be ruined. The loss of trillions of dollars of consumer buying power will bring on an economic contraction of the like we saw in the early 1930s and for a brief time in 2008. If we all engaged in market timing, prices could never get that high again and we would no longer have to worry about experiencing such a severe economic contraction. I believe that policymakers will reach a consensus following the next economic crisis that we need as a nation to become more supportive of market timing (which is really just price discipline applied to the stock market).

That will change everything. When experts in the investment advice field feel free to sing the praises of market timing, the general public will become more open to the concept. Investors will learn that there is really nothing complicated at all about the practice of it. When prices are high, you go with a lower stock allocation. When prices are low, you go with a higher stock allocation. Don’t we follow a practice of buying more when prices are appealing with every other good and service that we purchase? No one has ever offered any reason why the stock market should be different in this respect than every other market that has ever existed.

Many people assume that, given the harsh opposition to market timing among Buy-and-Holders, there must be some reason to question its efficacy. But there isn’t. The amazing reality is that the idea that market timing might suddenly stop working is a myth. It has always worked and there is every reason to believe that it always will work. It is an academic construct referred to as “the Efficient Market Hypothesis” that caused people in the days when the Buy-and-Hold strategy was being developed to believe that market timing might not always be required; the thought was that investors were always 100 percent rational and thus were not capable of setting prices improperly. Shiller discredited the Efficient Market Hypothesis with his Nobel-prize-winning research and we are now ready as a nation to move on to better things.

After that next economic crisis makes clear the compelling need to do so, that is!