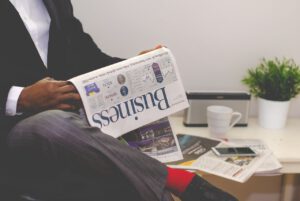 In a press release on Wednesday, the agency announced that all third-round stimulus checks had been sent out. The IRS started distributing the third stimulus checks from March last year, and the last of the payments were sent in December.

“The American Rescue Plan Act of 2021, signed into law on March 11, 2021, authorized a third round of Economic Impact Payments and required them to be issued by December 31, 2021. The IRS began issuing these payments on March 12, 2021 and continued through the end of the year,” the IRS said.

As per the agency, it is “no longer issuing payments as required by law.” As of December 31, the agency has issued over 175 million payments totaling more than $400 billion. These payments were sent to individuals and families across the country.

Even though the IRS is done sending the third stimulus checks, it says that some of the checks sent in late December could still be in the mail, including supplemental payments.

A supplemental payment is for taxpayers who received their third stimulus check on the basis of their 2019 tax return, but were found to be eligible for more money after the IRS processed their 2020 tax return.

Who Can File The Recovery Rebate Credit?

Although the IRS has sent all third-round stimulus checks, there are still many eligible people who haven’t yet received their payment, or have received less than what they were eligible for. To such people, the agency reminds them to claim the remaining money “on their 2021 income tax return as part of the 2021 Recovery Rebate Credit.”

Another group of people that will have to file the Recovery Rebate Credit are those who are eligible for more money than what they already got in the third stimulus check. Such people could be eligible for money because of miscalculation on the part of the IRS, or their income dropped in 2021.