Hemp Stocks vs. Marijuana Stocks: What You Need To Know Before Investing 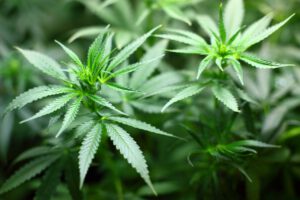 Over the past few years, we have witnessed the meteoric rise of the cannabis industry, brought about by the mass legalization and decriminalization of the plant across many US states. Amazingly, what was once regarded as a shady and often frowned upon recreational drug has now given birth to an industry that is projected to be worth $73.6 billion by 2027.

However, despite its popularity, consumers and investors alike still hold many misconceptions about the cannabis plant, especially when it comes to its biology and the terminology we use to distinguish between its varieties and strains.

With that in mind, if you’re thinking about investing in marijuana or hemp stocks, you should be aware of the major differences between these varieties, particularly the contrasting legalities surrounding them both. With that in mind, let’s look at the key distinctions that may influence your stock-picking decisions.

Many experts theorize that hemp was one of the earliest domestically cultivated plants after traces of hemp cloth were discovered in ancient Mesopotamia, dating back to 8000 BC. Hemp was even regarded as one of humanity’s most important crops until the last century, mainly due to its incredible versatility and wide range of applications across various industries.

These days, the plant is commonly utilized to produce a variety of goods, including paper, biofuel, textiles, food, construction materials, and cosmetics (beauty products).

Furthermore, since it generates four times more paper per acre than trees, hemp is frequently touted as a viable answer to many of the world’s environmental problems, such as deforestation. Amazingly, hemp fiber is roughly ten times stronger than steel, giving it various applications in the manufacturing industry.

Now, for those of you who don’t know, hemp is not the same as marijuana. While they are both plants from the same species, there is one significant difference between them: the prevalence of the psychoactive compound THC.

THC (Tetrahydrocannabinol) is the chemical compound in cannabis plants that causes you to feel “high.” As far as the law is concerned, this is the primary factor determining what classification each cannabis plant should fall under (and whether it is legal or not).

When the 2018 Farm Bill was signed into law in December of 2018, hemp and other cannabis strains with low levels of THC were removed from the Controlled Substances Act’s classification of marijuana.

Thus, to be classed as hemp, a cannabis plant must have less than 0.3 percent THC (on a dry weight basis). This is because these levels of THC will not induce psychotropic or euphoric effects on the user.

Thanks to the passing of this bill, hemp may now be used in various ways that marijuana cannot, including many of the applications listed above. Legal hemp goods are now available online and in numerous grocery shops and other everyday businesses.

As you may have guessed, the term "marijuana" refers to cannabis cultivars that contain greater than 0.3 percent THC. Interestingly, marijuana is still categorized as a Schedule I substance in the United States. This means that any marijuana-derived product is illegal under federal law. Schedule I restricted substances, according to the DEA, are defined as “drugs with no currently acknowledged medical benefit and a high potential for abuse.” This places marijuana in the same category as heroin, methamphetamine, and LSD.

However (and somewhat confusingly), individual states have the power to legalize medical and recreational marijuana, which is why residents of certain states have access to the medicinal benefits of marijuana while residents of other states do not.

These contrasting laws and contradictions between state and federal legalities make it extremely difficult for marijuana businesses to function since they must deal with high taxes and restrictive rules that impede cross-state activities.

How Should This Affect Your Investment Decision?

When it comes to picking cannabis stocks to invest in, it’s vital that you have a clear picture of what type of cannabis the company deals with, as this drastically changes the dynamics of its operations.

First and foremost, hemp is generally considered a safer investment as the federal government has already given it the green light. After the 2018 US Farm Bill was passed, hemp was classified separately from marijuana, which opened the door to a huge number of new and exciting hemp-derived products that have since gone on to disrupt various industries around the world.

One product that you have likely heard of is CBD (cannabidiol), which is the primary non-psychoactive compound found in the cannabis plant. While the research on CBD is still relatively thin, the oil is reported to have a wide variety of therapeutic benefits, such as:

As a result, hemp stocks have become increasingly popular in recent years, and they would undoubtedly be a great addition to your portfolio if you’re looking for some exposure to the cannabis industry.

On the other hand, marijuana stocks are a little bit riskier. This is because a lot of their potential for future growth largely depends on the US government's stance on marijuana. For example, if cannabis was legalized for both recreational and medicinal use on a federal level, marijuana stocks would likely explode amid anticipation of the birth of a vast new industry.

Secondly, marijuana companies are subjected to very high levels of taxation. Not only that, but consumers also find themselves footing the bill when it comes to recreational cannabis.

High sales and municipal taxes, combined with an excise tax and a wholesale tax, can result in consumers paying upwards of 45 percent more for the final product in California (where marijuana is legal). This makes it very hard for legitimate businesses to compete on price with black market offerings, further complicating their operations.

However, investing is all about risk and reward. While hemp stocks are the safer bet, there’s always the possibility that the government could eventually open the floodgates on the marijuana market, driving demand to new heights. At this point, it all remains a matter of speculation, so be sure to diversify accordingly and conduct your research before investing.

The post Hemp Stocks vs. Marijuana Stocks: What You Need To Know Before Investing appeared first on ValueWalk.