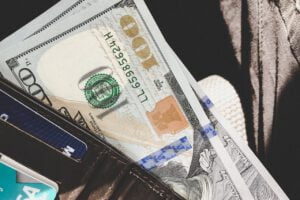 Rhode Island Governor Dan McKee recently rolled out a tax relief plan to help families and businesses. The tax relief plan from Rhode Island would offer relief from rising inflation by reducing taxes, offering energy rebates, as well as preventing an increase in the gas tax.

Tax Relief Plan From Rhode Island: What Does It Include?

Gov. Dan McKee, in his State of the State Address earlier this week, announced a $100 million tax relief plan as part of his FY24 budget proposal.

“We know that Rhode Islanders are still dealing with rising prices at the grocery store and the gas pump. …. That’s why the budget I’ll be submitting to the General Assembly proposes more ways to help Rhode Islanders navigate these inflationary pressures, while making our state a more competitive place to do business,” Gov. McKee said in a statement.

The tax relief plan from Rhode Island reduces the state sales tax incrementally, starting this year to 6.85% from 7%. It would result in annual savings of about $35 million.

Also, the governor wants to offer relief from rising gas prices by preventing a scheduled 3-cent increase, which would go into effect on July 1. Such a measure would result in savings of about $25 million over the next two years.

Gov. McKee also plans to invest over $4 million into the Workers Compensation Fund to ensure premiums paid by the state’s businesses don’t increase.

Similar to the exemptions for passenger cars and motorcycles, Gov. McKee proposes “exempting from the sales and use tax the trade-in value of trucks with a gross weight of 14,000 pounds or less.” Such an exemption is estimated to result in savings of about $3.7 million next fiscal year for individuals.

Apart from providing tax relief, Gov. McKee, in his second primetime State of the State address, talked about housing affordability and better schools as well.

Gov. McKee vowed to seek a boost in state aid for Rhode Island's traditional public schools, as well as more funds for the “out-of-school learning programs." On the housing front, the governor didn’t detail much, but did talk about "building a capable Department of Housing.”