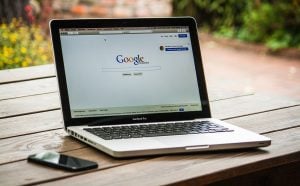 The Korea Fair Trade Commission (KFTC) announced a $176.8 million fine – 207.4 billion won – on Google – Alphabet Inc (NASDAQ:GOOGL) – for imposing the use of Android on mobile devices and blocking its customization.

As reported by Fox Business, the South Korean regulator opened an investigation into the big tech firm in 2016 after complaints filed by mobile phone manufacturers such as Samsung Electronics Co Ltd (KRX:005930) and LG Electronics Inc (KRX:066570).

The investigation was based on the assumption that the U.S. giant was hindering the use of operating systems other than Android on these phone manufacturers’ devices.

The KFTC believes that Google has distorted free competition by requiring manufacturers to sign an agreement to grant licenses for their app store and access to their operating systems, making it difficult for them to develop their own versions of Android.

Samsung Electronics “launched a smartwatch with a customized OS, but switched to a different OS after Google regarded the move as an AFA violation.”

The practice has allowed the California-based behemoth to cement its dominance in the smartphone platform market and hamper the development of other operating systems, according to the South Korean regulator.

The KFTC also ordered Google's Korean subsidiary to take measures to correct this situation, to which the company announced its decision to appeal.

The sanction comes after South Korea became in August the first economy to legislate against the monopoly that Google preserve regarding the download of mobile applications.

Under the new rule approved by the National Assembly, application developers must have outside channels to market their products without having to do so through the company’s store, or submit to its sales commission system.

The U.S. Department of Justice also opened proceedings against Google last year for abuse of a dominant position in the advertising market, while the European Union fined the firm 4.3 billion euros in 2018 for monopolistic practices in the app markets and mobile operating systems.

Google is part of the Entrepreneur Index, which tracks 60 of the largest publicly traded companies managed by their founders or their founders’ families.