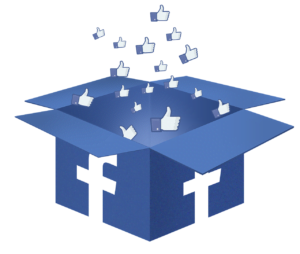 Facebook came up a bit short on daily active users, reporting 1.88 billion against the 1.89 billion estimated by FactSet. The social networking giant had 2.85 billion monthly active users, compared to the 2.86 billion that had been forecast. Facebook also beat on average revenue per user, coming in at $9.27. compared to the $8.40 analysts had been expecting.

The company's revenue increased 48% year over year, while its net income jumped 94% to $9.5 billion from $4.9 billion in the year-ago quarter. Facebook attributed the sizable jump in revenue to a 30% year-over-year increase in the average price per ad. The company also said the number of ads delivered grew by 12%.

Facebook counted 3.45 billion monthly users across all its apps, compared to 3.3 billion in the fourth quarter. The firm's family of apps includes Instagram, Messenger and WhatsApp.

Facebook expects its revenue growth to accelerate modestly or remain stable in the second quarter. Last year, the pandemic caused slower growth in the second quarter. However, the social networking giant looks for revenue growth in the third and fourth quarters to decelerate significantly on a sequential basis. Growth was fast during those quarters last year due to the pandemic.

Facebook is also preparing to deal with "ad targeting headwinds" due to platform and regulatory challenges. Those challenges include changes to privacy that Apple made in iOS 14, which could make it harder for Facebook to personalize ads for iPad and iPhone users. The change to iOS 14 will start impacting the social network's ad targeting during the second quarter.

CEO Mark Zuckerberg mentioned the firm's focus on building out e-commerce features as part of providing a "personalized" experience for users. He also said Facebook now has over 1 billion monthly active users on its Marketplace, which allows users to sell and buy goods.

Zuckerberg explained that their commerce division had been a growing part of their services for some time, but it became even more critical as the pandemic accelerated the adoption of e-commerce. The CEO said they would continue to build out their payment technology, including their diem digital currency and Novi digital wallet. Zuckerberg hopes these technologies will launch soon.

He also highlighted some new features Instagram is building out to help its creators make money. Those new features should incentivize them to post more content on the photo-sharing social network.

Facebook is part of the Entrepreneur Index, which tracks 60 of the largest publicly traded companies managed by their founders or their founders' families.