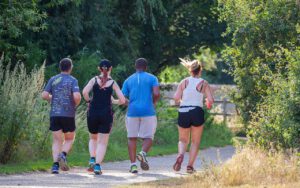 WASHINGTON, D.C. (June 9, 2021) - Because of a new FAA advisory, reported today in the Wall Street Journal, airlines must begin to recognize and account for the increasing girth of their passengers.

Moreover, as Fox News reported, as a result of this new FAA requirement, "airlines could soon start weighing passengers before getting on planes."

Although the purpose is supposedly to improve flight safety, airlines - always eager to improve profits, and increasingly willing to add on additional fees - could well decide as a logical followup to base fares in part upon a passenger's weight, warns public interest law professor John Banzhaf.

Since many airlines already charge a hefty additional fee if a passenger's bag is heavier than the airline decrees, even by only a pound or two, similar principles and arguments could well be applied to the passengers themselves, since it obviously costs more to transport an obese passenger than a svelte one.

Because charging all passengers fares based on their weight would probably be met by outrage and strong protests, airlines might begin by simply charging more for the minority of passengers who are obese (i.e., impose an obesity surcharge, similar to the smoker surcharge Banzhaf helped persuade Congress to include in the Obamacare statute).

After all, it has long been legal and accepted practice to charge smokers more than nonsmokers for life, health, and even automobile insurance; with the Obamacare statute incorporating a 50% surcharge on smokers.

Similarly, charging the obese more for life and health insurance is hardly unknown, and people who require much larger sizes in clothing often have to pay more.

Moreover, truly obese (morbidly obese) passengers cause problems for airlines in addition to the added costs of fuel to transport them.

For example, some very large passengers are too wide to fit into a standard seat in the coach section, and may require - or even try to demand - two seats, or an upgrade to wider seats in the business or first class sections of the airplane.

In other cases, while they may be able to squeeze themselves into a seat, their bodies may tend to spill over into adjacent seats, prompting complaints from their squeezed seatmates.

It is not illegal under federal law, not under the laws of most states and local jurisdictions, to discriminate against people who are obese, so any such fare differentials would appear to be legal, except in rare situations where the obesity might constitute a disability, says Banzhaf, who teaches the law related to disability rights. Indeed, he made new law in this area.

For example, the professor notes that he was able to persuade the federal government to permit companies to charge people who are obese more for their health insurance.

Indeed, forcing the obese to bear more of the costs they now impose on the majority who are not obese - e.g., through added medical costs under life and/or health insurance plans, more to fly on an airplane, etc. - is consistent with the concept of differential health insurance premiums which Banzhaf and his law students helped develop and popularize - and which was adopted and advocated by the National Association of Insurance Commissioners [NAIC].

So, it is possible that in the near future, flying the friendly skies may be more expensive for some passengers, based upon their weight, suggests Banzhaf.