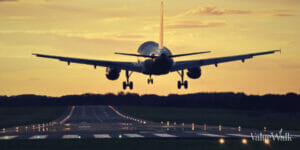 easyJet plc (LON:EZJ)’s performance was better than expected in the first quarter. This included a 36% increase in revenue per passenger seat (RPS), reflecting fuller planes and higher ticket yields. There was also a 20% increase in ancillary revenues (things like extra legroom and food), with these now making up £406m of the group’s £1.5bn quarterly revenue.

Higher fuel costs and adverse changes in exchange rates meant costs were 48% higher than the same time last year. easyJet reported an operating loss before tax of £122m – a 37% improvement on last year.

Looking ahead the group expects loss before tax to be “significantly” better than last year at the half year and to beat market expectations.

“easyJet has shown how a post-pandemic recovery is done. Its superior proposition means its planes are at the right airports, with the right routes, to capture demand as holidaymakers return to the skies in force. Offering a better service also feeds into easyJet’s astounding ability to sell extras to existing customers.

Ancillary revenue, like extra legroom, food and baggage is rising and now makes up 28% of overall revenue. These add-ons are highly lucrative and suggest holiday makers are going all-out after years of disrupted travel.

Strong demand means easyJet has upgraded profit expectations for the half year, with bookings and ticket yields all pointing to better times ahead.

There’s no getting away from the fact easyJet is carting around heavy losses, as fuel costs have increased and the US dollar has moved in an unhelpful direction. While the group’s doing all it can to improve the situation, any unexpected drop in demand would be a cause for concern.

That can’t be ruled out in the current environment, although rumours of peak inflation having arrived means there’s room for cautious optimism. There’s renewed hope these headwinds will be extinguished with strong summer trading, and for now those hopes look to be well supported.”