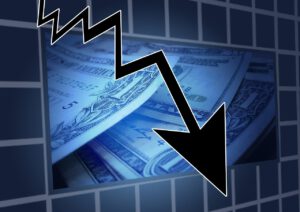 Dan Celia: The US Is Letting China Win While We Fight Amongst Ourselves

Get Our Icahn eBook!

Get our entire 10-part series on Carl Icahn and other famous investors in PDF for free! Save it to your desktop, read it on your tablet or print it! Sign up below. NO SPAM EVER

US vs China: The Global Economic War

“Some expect that the global economy will expand this year at the fastest pace in at least four decades as vaccine rollouts accelerate. The International Monetary Fund (IMF) expects the world economy to grow six percent this year, the most since 1980. However, they are not considering the underlying fundamentals of the economy and where they have been for the last three years. A six percent GDP growth on average globally will be nothing more than the economy trying to make up for the last 18 months.

“The U.S. and China, the world’s biggest economies, are supposedly driving the recovery. As dependent as the economies are on a vaccine, the vaccine is not going to eradicate or eliminate COVID-19. It could be just as easy to take a turn for the worse as the virus mutates. And the question remains; is China going to allow the U.S to begin to build a solid footing, or are they going to kick us while we are down? Of course, that sounds far too much like a conspiracy theory for anybody to take seriously, but the idea of not taking it seriously - not even considering it - might be the biggest mistake America could make.

“China’s economy is projected to expand 8.4 percent this year. It doesn't take a whole lot of imagination to think about China's position and how, if they can continue to push against expansion in the U.S., their 8 percent growth will look more like 12 percent on the world stage. Do we really believe the communist regime of China is not thinking like that this?

“This comes at us as we continue to unravel politically and as we fight against American exceptionalism under the flags of socialism, economic equality, social justice and political correctness. We are facing the destruction of moral values and an acceptance of more government intervention that will only accelerate the spiral downward. Communist China is winning a war through our own self-inflicted chaos, and they need not fire one shot.”