Cronos Group Inc’s Revenues Are Up, Is It Time to Buy? 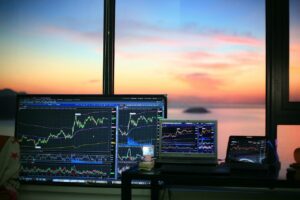 Cronos Group (NASDAQ:CRON) had an eventful Q1. The company’s revenues surged 25.05M, or up 98.5% YoY. Other fundamentals for the stock were also clearly in the green, with net income up 79.77% and diluted EPS up 79.55%. The company’s strong prior performance could be an indication that it will keep this trend moving forward and post a positive earnings card for Q2’22 that’s scheduled for August 9.

Finding a qualified financial advisor doesn't have to be hard. SmartAsset's free tool matches you with up to 3 fiduciary financial advisors in your area in 5 minutes. Each advisor has been vetted by SmartAsset and is held to a fiduciary standard to act in your best interests. If you're ready to be matched with local advisors that can help you achieve your financial goals, get started now.

When Cronos Group's Q1 results were announced this year the company's shares increased 14% after it beat revenue estimates by $1M. A similar jump could be on the cards if Q2's results are equally or more positive than the last. So let's peer behind the curtain and see if such a leap is possible.

Analysts are divided down the middle when it comes to the company's performance in the near term. Over the last three months, the company has received 6 revenue up revisions and 5 revenue down revisions. One analyst gave the stock a positive revision for its EPS. Shares of Cronos group currently have a 31.54% upside to the MarketBeat consensus price target. Analysts have generally overestimated the performance of Cronos Group's shares over the last five years.

Although Cronos Group is presently unprofitable, there is evidence that its utilization of assets is more efficient than its sector competitors. This efficiency is reflected in its return on total capital at -7.86% to the sectors -20.39%. The company's return on total assets at -19.51% is also less than -28.18% for the sector.

One factor that may throw a spanner in the works is that cannabis stocks as a whole have been suppressed since 2021. Cronos Group's shares are currently down -20.24% YTD and several of the company's competitors have also suffered a contraction in their share prices. Canopy Growth (NASDAQ:CGC) suffered more with a -72.47% contraction and Tilray Inc (NASDAQ:TLRY) contracted -47.53%.

The lack of hope for federal legalization has been a major headwind for this industry, as well as investors parking their money into more defensive investments and away from value stocks. Companies with negative earnings have been punished by a rotation into dividend-paying companies as a recession becomes more apparent with GDP falling for a second straight quarter.