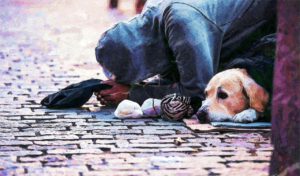 Whether or not there is a need for more stimulus checks is a matter of debate, but a recent piece of data suggests that the coronavirus stimulus checks have helped in reducing poverty. A report on Tuesday from the U.S. Census Bureau noted that the poverty rate dropped last year following massive federal aid enacted by the federal government due to the coronavirus pandemic.

The data from the U.S. Census Bureau noted that the supplemental poverty rate dropped from 11.8% in 2019 to 9.1% last year. This is the lowest recorded number since this data was first published in 2009.

In 2020, the poverty threshold income for a family of four was less than $26,496. The calculation of the supplemental poverty rate includes any government aid.

“The SPM provides an alternative way of measuring poverty in the United States and serves as an additional indicator of economic well-being,” the Census Bureau report said.

On the other hand, the official poverty rate, which doesn’t include any government aid, increased marginally to 11.4% from a record low of 10.5% in 2019.

Which Programs Benefited The Most?

Talking about the programs that made a significant impact on poverty, the Census Bureau estimates that the first two rounds of stimulus payments moved 11.7 million people from poverty.

These gains on poverty could be a temporary thing as most relief measures have either expired or are expiring soon. However, more relief money is on the way in the form of the expanded child tax credit. Additionally, many states are also sending relief payments to their citizens.

Apart from these, Congressional Democrats are also working on a $3.5 trillion package that, if passed, would help to expand the social safety net.