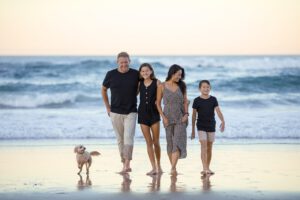 Connecticut Coronavirus Stimulus Check: Who Will Get It?

Eligible families could get an earned income tax credit of up to $1,000, depending on their income. The amount of enhanced credit that a family gets depends on the size of their federal credit. The IRS uses the taxpayers’ income, number of qualifying children, and marital status to calculate the federal credit.

“For example, a single parent of two at the federal poverty level who received a $1,246 state credit in the spring will now receive an additional $1,002 for a total state credit of $2,248,” Lamont's office said.

This Connecticut coronavirus stimulus check would benefit about 200,000 low-to-moderate income families who earned up to $56,844 (couples with three or more qualifying children) in 2020. Married couples with no kids and earning up to $27,380 per year and couples with two kids earning up to $53,865, will also qualify for the payment.

A point to note is that families who would get this extra tax refund will be those who filed for the 2020 earned income tax credit.

It is estimated that the cost of giving an extra tax refund would amount to $75 million, and it would be covered from the federal COVID-19 relief funds that the state got under the CARES Act.

“Enhancing the 2020 Connecticut Earned Income Tax Credit provides direct relief to workers doing their best to provide for their families while confronting pandemic-related costs from masks and tests to childcare and internet access,” Governor Lamont said in a press release.

The Connecticut Department of Revenue Services is expected to start sending the Connecticut coronavirus stimulus checks to eligible households before the end of February.