The Dome Mountain Gold Project, an all year accessible property located a short 50-minute drive from Smithers BC., holds both an Environmental Management Act Permit (EMA) and a Mining Permit providing for up to 75,000 tonnes production annually. In addition, the property has 15 known high-grade gold veins (see the Company’s news release dated May 4, 2020) with more than 90% of the property yet to be explored.

“We’re very excited about what we’re seeing from the data being received so far as it’s confirming our beliefs about the potential to expand on the historical information that we have on the Dome Mountain property,” said Rana Vig, President and CEO of Blue Lagoon Resources. “Having a healthy treasury and no debt, we remain focused and committed to rapidly move the Dome Mountain gold project forward and, with the help of this new technical data that gave us compelling reasons to expand our land package, we are continuing to plan for 2021, what will be the largest exploration program conducted on the property to date,” he added.

These surveys, which were acquired by Precision GeoSurveys Inc., provide the Company with detailed low altitude (helicopter-borne) EM, Magnetic and Radiometric data, and were completed in two different phases with 1173.3 km of mag/radiometrics and 1475.5 km of EM/mag, both at 100m line separation.

“The conductive zones in the eastern portion of our claim block stimulated us to stake more claims there and additional lines of airborne EM and MAG were flown to cover them. Additionally, this eastern portion showed underlying Mag features that merit significant follow-up work. They will be the focus of our planned scope of work in 2021 including soils and geological prospecting to better get a handle on what this new airborne data adds to the prospectivity of the Far East Claims. Its all about defining and prioritizing drill targets. Stacked coincident anomalies will move these targets to the forefront." he added.

The project technical team, that also includes Peter Diorio, P.Geo of GeophysicsOne Inc., has identified initial high-priority anomalies based on their strong conductivity and coincident high magnetic responses, which may be suggestive of the presence of sulphides. Additional geophysical processing and modelling of the final survey data are planned in the coming weeks to better assess the depth and character of the best anomalies.

The scope of work yet to be finalized for 2021 will include collecting more soil samples and prospecting over the entire Far East area as well as other locations defined by the EM/MAG survey. 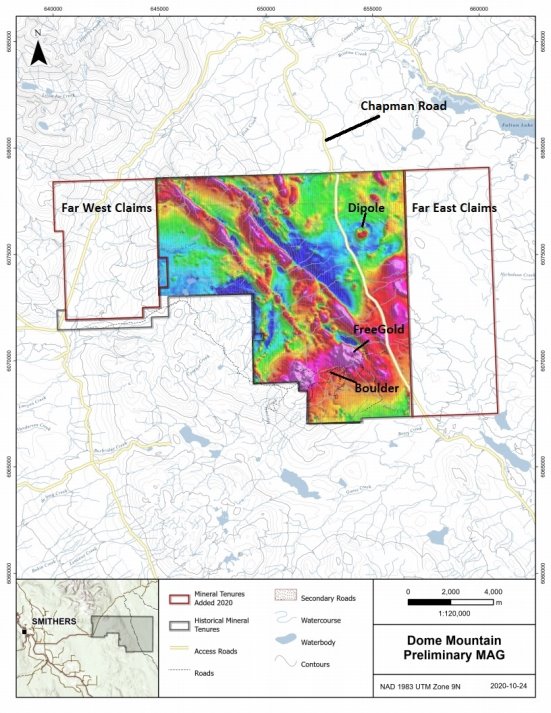 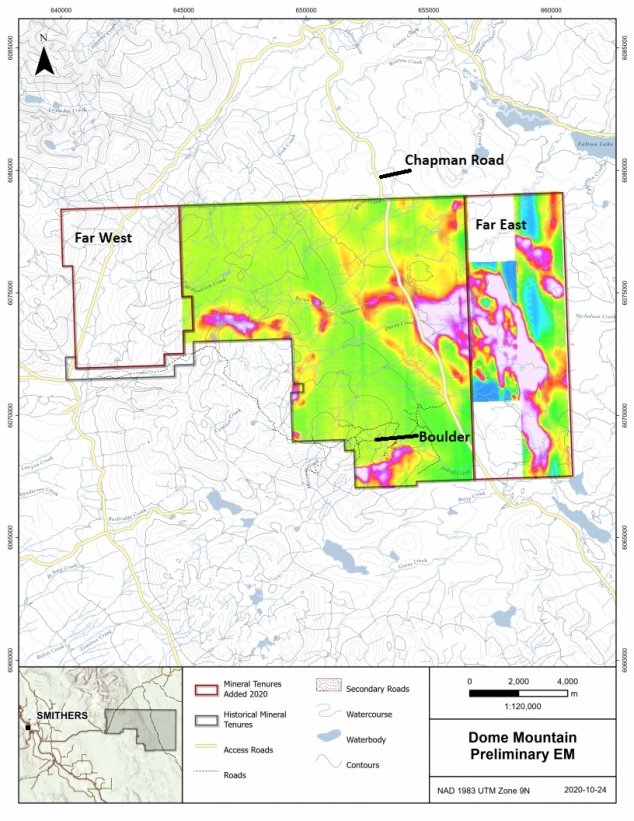 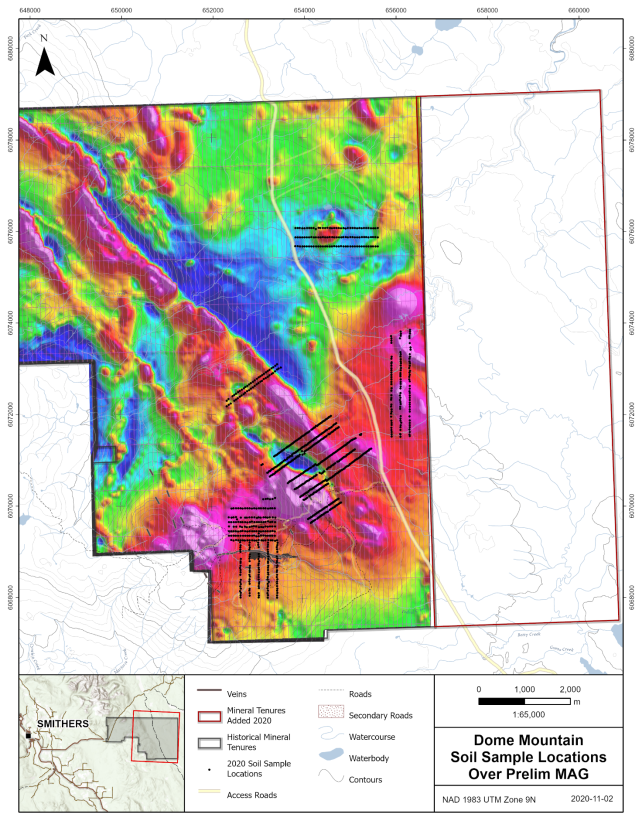 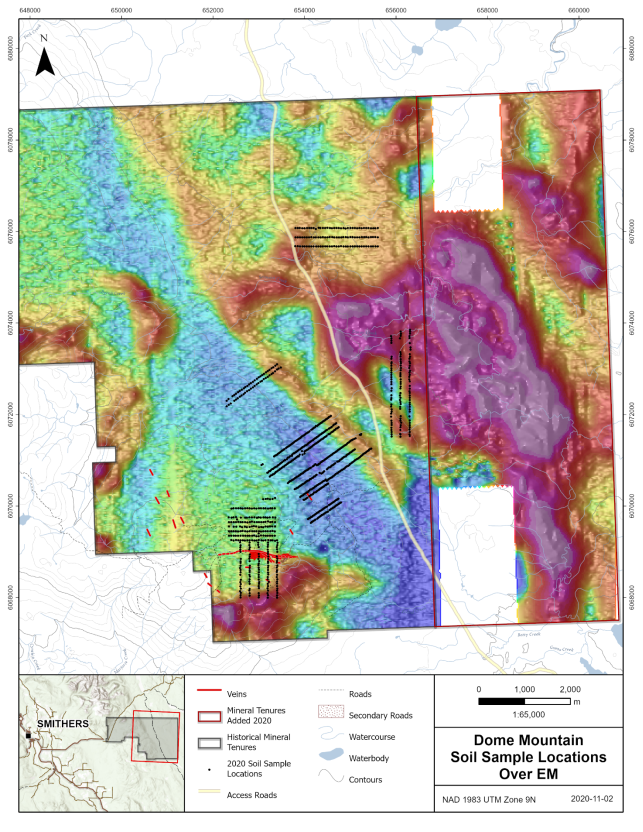 The Company has also received new drill results for holes DM-20-128, DM-20-129 and DM-20-130. These holes were drilled to define the outer limits of mineralization along a proposed inferred resource at the Boulder Vein. No significant mineralization was found thereby giving the Company important data to understand the boundaries of this particular vein.

The scientific and technical data contained in this news release was approved by William Cronk, P.Geo., a qualified person as defined in NI 43-101 and a consultant to the Company.

The CSE has not reviewed and does not accept responsibility for the adequacy or accuracy of this release.