Bitcoin Hits $1 Trillion Market Cap. What That Means for the Future of Money 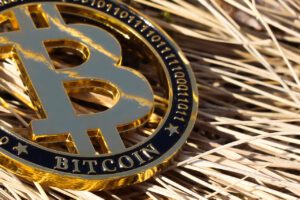 Bitcoin hit another milestone this Friday as its total value surged to over $1 trillion for the first time ever. This move comes on the heels of a major rally which has seen the asset grow over 360% in just the past 4 months. The price of bitcoin now stands at $55,000 and looks poised to rise even higher in the coming days and weeks.

What’s With All the Hype?

One of the main reasons people are getting into bitcoin is because they see it as an investment opportunity. And with its current growth rate, it’s not hard to see why. But the fact that Tesla and the City of Miami are preparing to accept bitcoin as payment highlights that bitcoin is far more than just another asset.

Ambitions for bitcoin have always been greater than that. Indeed, bitcoin is meant to be the future of money.

Of course, it will take a lot to dethrone the dollar as the world’s dominant currency, but many bitcoin proponents are optimistic that this can happen. Some have even predicted that a “bitcoin standard” will one day replace the dollar standard that we currently take for granted.

But what would that look like? Just imagine if everything you saw for sale–whether on Amazon, at the car dealership, or in the grocery store–was priced in bitcoins instead of dollars. Sure, that might seem far fetched, but different currencies have risen and fallen before, so there’s no reason to assume it couldn’t happen.

Now, if we want to understand whether bitcoin will outcompete the dollar, the key question we need to ask is which currency is better suited to function as money. What does this mean? Well, economists note that money has three roles: it is a medium of exchange, a store of value, and a unit of account. So let’s see how bitcoin compares with the dollar in providing each of these functions.

Bitcoin as a Medium of Exchange

A medium of exchange is any commodity that is used to facilitate trade, such as gold, silver, or dollars. Mediums of exchange are useful because they allow us to accumulate commodities that are widely accepted as payment, which makes it easier to buy the things we want.

When lots of people are willing to accept a certain commodity as payment, the commodity is said to be very liquid. Liquidity is an important feature of money, because it’s what makes it useful as a medium of exchange. Thus, the best mediums of exchange are the ones with the most liquidity, because they are more ubiquitous than anything else.

Fiat currencies such as the dollar obviously have a major head start over bitcoin in this regard, but they also have some shortcomings in this area. For one, it can be difficult to use them in foreign countries. What’s more, access to established banking institutions is limited in many parts of the world, making it difficult for people to participate in the economy.

Bitcoin, on the other hand, is universal, and anyone with an internet connection can access it. So as increasing numbers of people are willing to accept bitcoin as payment, we could easily see it overtake fiat money as the world’s most liquid asset.

Another important feature for mediums of exchange is security, and here bitcoin has a clear advantage. The bitcoin network consists of thousands of computers around the world, and they are constantly verifying transactions. This decentralized setup makes it nearly impossible to hack, which means bitcoin is safer than any other form of currency.

Bitcoin as a Store of Value

While money often functions as a medium of exchange, it can also function as a store of value. When we save money, for example, we expect it to maintain its purchasing power over time so that we can wait for the best moment to spend it.

While the value of money naturally fluctuates as the economy changes, there are also more pernicious changes in value that can occur. Chief among them is inflation, which occurs when central banks like the Federal Reserve literally print new fiat money into existence. Though inflation is attractive for governments who would rather not tax their citizens more explicitly, it creates significant problems in the economy. Not only does it discourage saving by devaluing the currency, it also introduces distortions in prices which inevitably cause resources to be misallocated.

The key to mitigating inflation is to make money difficult to produce. If the flow of new supply can be reined in, then the currency will not be debased as quickly.

This is where bitcoin is particularly unique. With the way the protocol is coded, creating (mining) new bitcoins becomes harder over time. This means that fewer bitcoins are being mined every year, so the rate of inflation is constantly slowing down.

What’s more, in the year 2140 bitcoin mining will completely stop, resulting in a total sum of 21 million bitcoins. After that, it will be impossible to create any new bitcoins. Not just difficult. Impossible.

What this means is that bitcoin has absolute scarcity by design. This makes it completely immune to government debasement, which is why it has so much potential as a robust store of value.

The ultimate test of a currency is whether it becomes a unit of account, which would mean that prices are expressed using that currency as the standard. Bitcoin is still a long way off from that coveted position, but given its arguable superiority as a medium of exchange and store of value, it’s quite possible that we will one day speak of a bitcoin standard.

And that, perhaps, is the real reason this news is so exciting.

For all we know, we could very well be witnessing the beginning of the end for fiat money. It’s impossible to know what the future holds, of course, but with every bitcoin rally it seems more and more likely that fiat’s days are numbered.

And as far as I’m concerned, that is something worth celebrating.

Patrick Carroll has a degree in Chemical Engineering from the University of Waterloo and is a Eugene S. Thorpe Writing Fellow at the Foundation for Economic Education.

This article was originally published on FEE.org. Read the original article.

The post Bitcoin Hits $1 Trillion Market Cap. What That Means for the Future of Money appeared first on ValueWalk.