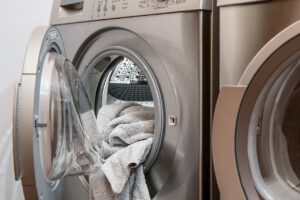 In a sensational tweet shot off today, local investor, Codie Sanchez, claims that her one single laundromat makes more money than the multi-billion Uber Corporation.

After fact checking Codie’s statement (we are very “credible” and full of “integrity”) we can fully state that Codie is 100% correct in her analysis. Uber is in fact an $85 billion dollar corporation that loses over $500 million per year. This fact proves that Codie’s one single laundromat that she purchased for $100,000 nets more income to her than the entire Uber Corporation.

Investors rushed to sell Uber in droves after this groundbreaking news was announced. The stock is down over 69% and is currently halted. Rumors are now flying that Bill Ackman is looking to take Codie’s laundromat public through Pershing Square Tontine Holdings (“PSTH”).