BWX Technologies: When The Past Repeats Itself, Do You Listen?

With this report we are uncovering the results of a years-long investigation of BWX Technologies (BWXT). The decision to go public with these findings now rests mainly on two beliefs:

A. BWXT’s CFO and Chairman both gave notice of resignation unexpectedly in Q421. These two were also in senior roles at the inception of the disaster now known as Babcock & Wilcox (BW, spun off from BWXT in 2015). BW’s stock today is about 90% lower than at spinoff, thanks to projects that conveniently “started” souring almost immediately after BWXT spun them off. The signs of trouble at BW looked a lot what we’ve discovered at BWXT. In other words, BWXT looks like the next BW, and the guys who have seen this movie before are leaving before the end of the show.

B. We have unearthed serious problems at BWXT involving financial accounting practices. Some of the liberties taken here include changing project estimates in a way that engenders higher reported profits, altering cost accounting schedules, and constantly moving goalposts on capex inflation. We think BWXT is hiding project losses, inflating profits, and misrepresenting free cash flow power across the business, all to the detriment of its shareholders.

If you’re reading this report, you’re likely smart enough to understand that a fact pattern like this does not happen by accident. We have alerted BWXT’s auditors, the press, and others who will be interested in these discoveries. We are available at info@jehoshaphatresearch.com for questions. 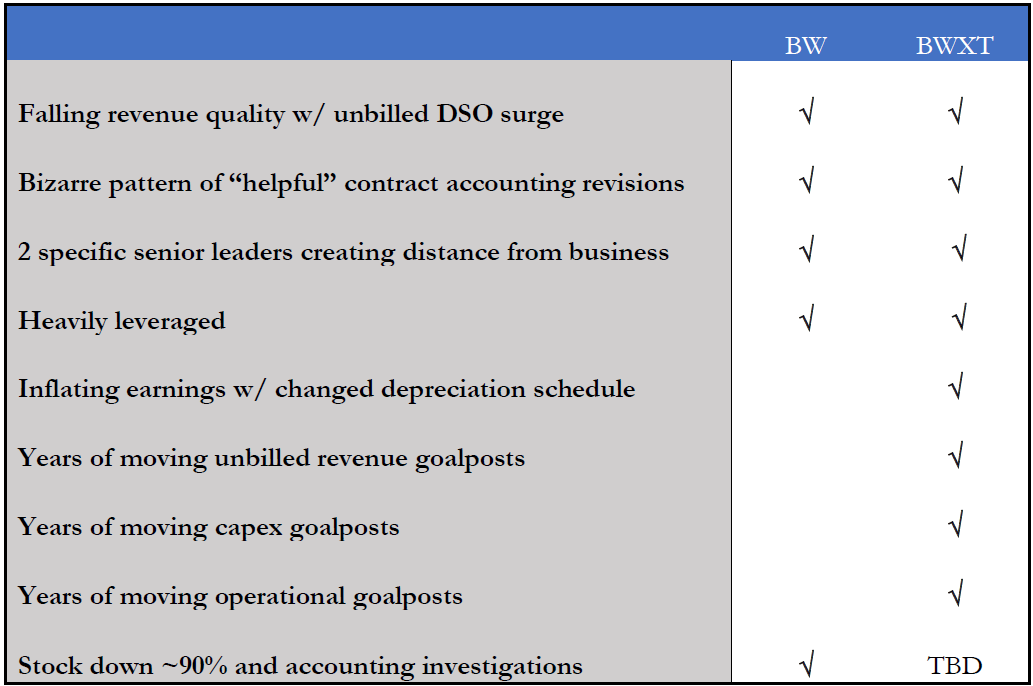 These are some of the key charts and text snapshots in this report for those who want a quick scan. They will make more sense as you come across them again in the relevant sections and they are described with context.

In a world where all of BWXT’s peers take periodic hits to their P&L as they update their project estimates, BWXT stands alone with an unblemished track record of exclusively positive “revisions” now going on seven years. Each quarterly revision to a project’s ultimate profitability, like the initial estimate, reflects judgement on the part of company management. This streak is too good to be true and we will devote considerable time to explaining why later in this report.

We have a table, later in this report, noting every moved capex goalpost over the past five years with far more detail and explanation. 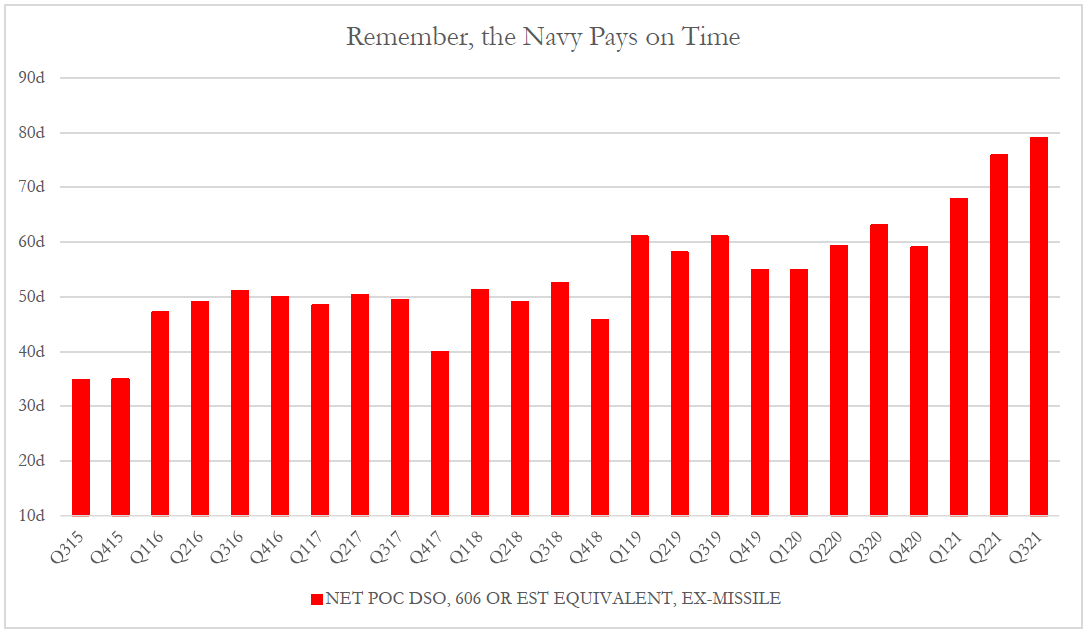 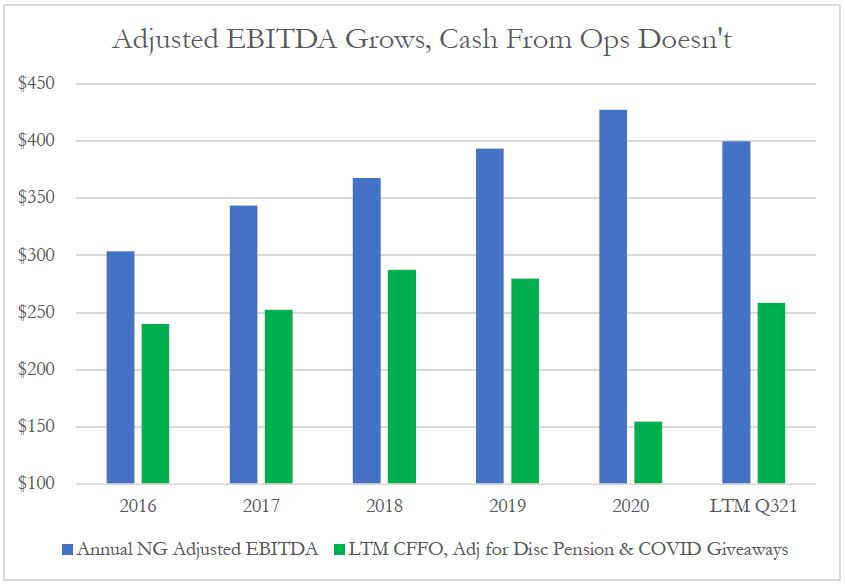 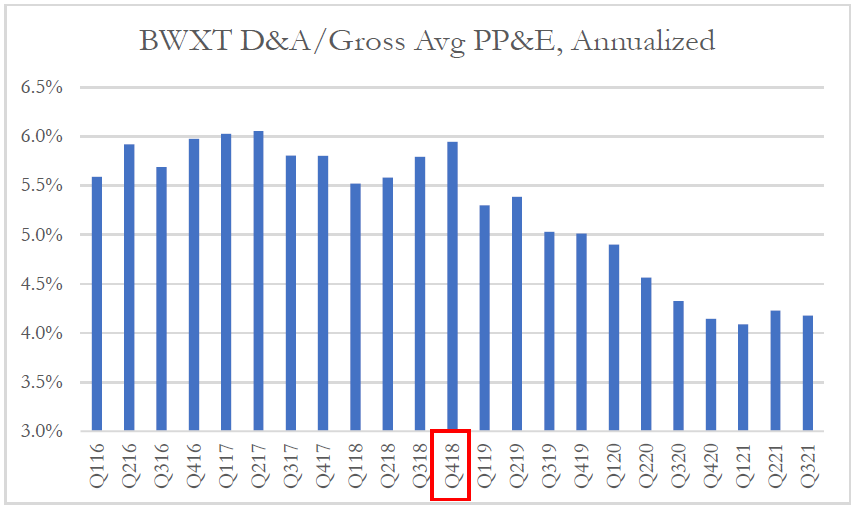