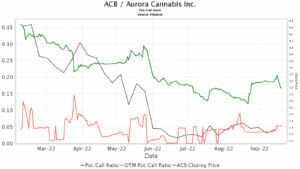 Aurora's fourth quarter adjusted EBITDA loss narrowed from -CAD$21.8 million in 2021 to -CAD$12.9 million in 2022. This figure was below analysts' forecasts for around CAD$7.7 million loss.

The results continue to show how competitive the recreational market in Canada is, with flower sale prices continually under pressure.

Aurora's CEO, Miguel Martin, provided some commentary on the results that highlighted a critical outlook for the company. He noted that the business remains the number one player in global medical cannabis revenues and expects the "high margin, high growth segment to be a key driver of future profitability."

Martin continues to expect "Aurora will break even and have a positive adjusted EBITDA run rate by the 31st of December in 2022."

The CEO also reiterated that the group remains on track to generate up to CAD$170 million in annualized cost savings.

Following the release of the results, Canadian investment bank Canaccord Genuity upgraded their recommendation on the stock to 'hold' from 'sell' but reduced their price target to $2 from $2.50.

Analyst Matt Bottomley stated that he viewed the result as 'flat' and noted that the significant share price decline of over -50% since the last result was the key driver of the upgrade.

At Piper Sandler, Senior Analyst Michael Lavery discussed how the results were primarily expected but saw margin pressures due to a larger portion of sales in the lower-margin recreational cannabis segment. Lavery expects the cost-cutting initiatives to drive margin improvement over the coming year.

The firm noted that while they remain 'neutral' rated with a $3 target price, they believe Aurora's margin improvement opportunity and balance sheet strength make the stock stand out from its peers.

Despite the weakening share price from highs in 2019, Aurora continues to have 306 institutions on the register that own 62.8 million shares or around 21% of the total float.

When analyzing the underlying options market trends for ACB, sentiment has strengthened over the last six months. This is explained by Fintel's put/call ratio of 0.17 for ACB, which has almost halved since June 2022.

This ratio is calculated by assessing all disclosed open put and call interest in the market for a specific stock. A ratio skewed toward 0 suggests bullish sentiment exists in the stock, with call option volume outweighing put option volume. At the same time, a number above one would indicate put volumes are larger than call volumes.

The chart below illustrates this ratio for ACB and how it has behaved over the prior 6 months. 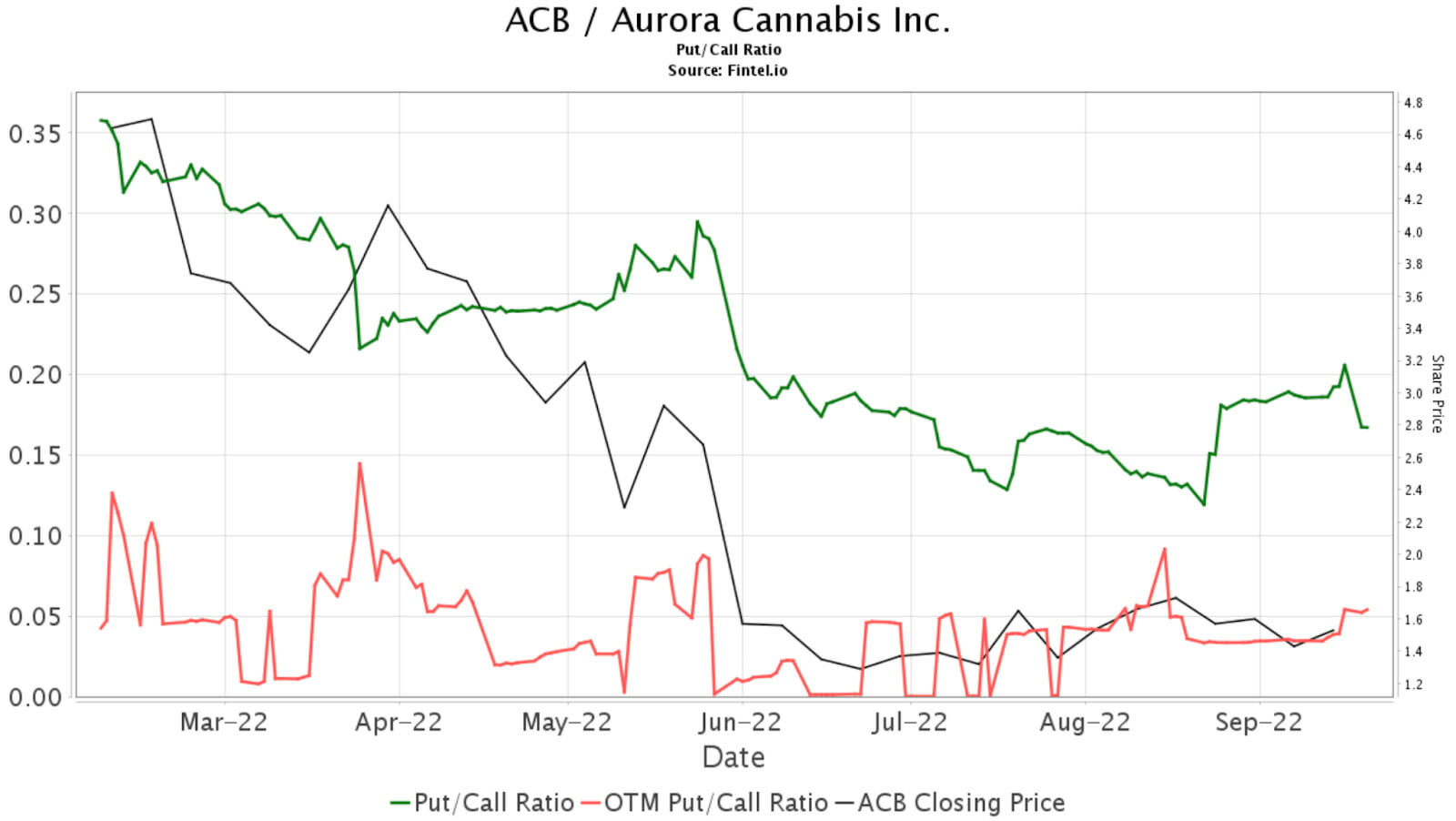