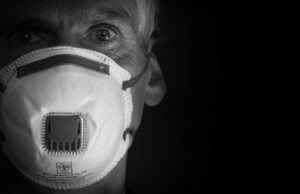 Congress so far has sent three rounds of stimulus checks, including up to $1,200; $600 and $1,400. Since the scale of distribution was so big, there was bound to be some issues. The IRS mistakenly sent more than a billion dollars in stimulus payments to dead people, as well as to citizens of other countries who weren’t eligible for it. Now, the agency is reportedly working with overseas banks to recover those coronavirus stimulus checks, but it isn’t as easy as it sounds.

Last year, there were reports that citizens of over 120 countries, including Brazil, Canada, China, India, Nigeria and South Korea, got the stimulus checks by mistake. Also, a government audit found that the IRS mistakenly sent about $34 million to overseas addresses by late May 2020.

The mistake not only happened with the first stimulus round; similar cases were reported with the third round as well. Since the amount involved is so big, the IRS is reportedly working to recover the lost amount, but things aren’t going as well as expected.

For instance, in the Western Pacific Ocean islands of Micronesia, several customers of the Bank of Guam have sued the bank. These customers allege that the bank wrongly seized their money, totaling more than $400,000. Some also allege that the bank returned the money to the IRS, according to a report from NPR.

As per the report, the U.S. Treasury asked the Bank of Guam to assist it in recovering tax payments the IRS issued mistakenly. Thus, the bank sent stimulus checks of many of its customers back to the IRS.

Those who eventually got to keep the stimulus checks had to go through rigorous verification. For instance, one customer said that the bank asked for his passport before releasing the stimulus payment.

Also, the customer said that two Micronesian police officers visited his workplace and enquired about the stimulus money received by him and his family. The customer noted that he and his family got more than $7,000 from the three rounds of stimulus checks.

The Bank of Guam also asked some customers to submit their tax returns to determine whether or not they were eligible for the stimulus payment.

No comments yet from Bank of Guam and IRS

The Bank of Guam declines to comment on the lawsuits filed by its customers, saying the matter is in litigation.

However, in the court records and emails reviewed by NPR, the bank officials admit that some customers got the stimulus money they weren't eligible for, and the bank was required by U.S. law to return that money to the U.S. Treasury. The customers, however, dispute that the IRS doesn’t have any legal jurisdiction over the bank.

As of now, there is no confirmation from the IRS that it has asked the overseas bank for help in recovering the stimulus checks. The IRS, however, continues to ask people, who wrongly got the payment, to return the checks on their own.