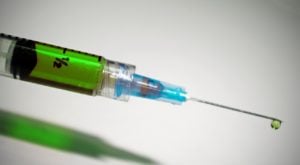 Alabama Unnecessarily Halts Third Execution Over Problems With Injections; But There’s a Simple and Proven Solution to Stop the Many Legal Challenges

WASHINGTON, D.C. (November 23, 2022) – Alabama Governor Kay Ivey has ordered the state to halt all further executions; a decision made following the recent cancellation of the execution Alan Eugene Miller because, after an hour of trying, prison personnel could not locate suitable veins for the lethal injection.

This is reportedly the third consecutive lethal injection execution in Alabama to be riddled with problems and controversy, and there have been many more in the other states which execute murderers by lethal injection, and likewise suffered from a variety of problems with the injections.

Indeed, Miller's was only the latest in a long string of bungled lethal injection executions.

But there's a simple alternative to using lethal injections which would avoid all the problems with bungling injections and with meeting the new legal standard for executions, says public interest law professor John Banzhaf.

This is important because the Supreme Court just held in June 2022 that murderers on death row can challenge their method of execution.

Since the legal standard for challenging an execution is easily met with a well-recognized and generally accepted method for painlessly ending a life, the public should expect many more challenges to scheduled executions; including challenges, like many successful ones in the past, which significantly delay the imposition of justice, warns Banzhaf.

As Justice Elena Kagan explained in NANCE v. WARD, "In several recent decisions, this Court has set out rules for challenging a State’s proposed method of execution under the Eighth Amendment.

To prevail on such a claim, a prisoner must identify a readily available alternative method of execution that would significantly reduce the risk of severe pain. In doing so, the prisoner is not confined to proposing a method authorized by the executing State’s law; he may instead ask for a method used in other States."

Although this initial language might seem to suggest that a murderer challenging his execution may point only to an alternative measure already in use or authorized in a different state, other language strongly suggests that this other-state language is not a necessary requirement.

For example, Kagan writes: "To succeed on that claim, the Court held in GLOSSIP, he must satisfy two requirements. First, he must establish that the State’s method of execution presents a 'substantial risk of serious harm'—severe pain over and above death itself.

Second, and more relevant here, he 'must identify an alternative [method] that is feasible, readily implemented, and in fact significantly reduce[s]' the risk of harm involved."

She goes on to write that In identifying an alternative method, the Court in BUCKLEW held, an inmate is “'not limited to choosing among those presently authorized by a particular State’s law.' The prisoner may, for example, 'point to a well-established protocol in another State as a potentially viable option.'" [emphasis added] The use of the word "may" clearly suggests that it is not a legal requirement for a challenge.

Thus, if there is an alternative to using lethal injections to execute murderers which "reduce[s]” the risk of harm involved." the prisoner apparently may raise it to challenge his own execution, even if it is not authorized in a different state, argues Banzhaf.

If, in fact, it is authorized to cause a painless death in one or more other states, that would simply make his argument and challenge stronger and more likely to be successful.

The opinion went on to stress that the prisoner may challenge his execution even if it means a significant delay while the state, if it wishes and is able to do so, adopts by statute a new method of carrying out the death penalty; a step which gives death penalty opponents an additional opportunity to end executions. Thus the opinion states:

"That remains true even where, as here, the proposed alternative is one unauthorized by present state law. Nance’s requested relief still places his execution in Georgia’s control. If Georgia wants to carry out the death sentence, it can enact legislation approving what a court has found to be a fairly easy-to-employ method of execution.

Although that may take more time and effort than changing an agency protocol, Hill explained that the 'incidental delay' involved in changing a procedure is irrelevant to the vehicle question—which focuses on whether the requested relief would 'necessarily' invalidate the death sentence."

Banzhaf notes that there is - and has long existed - a "readily available alternative method of execution" which would "significantly reduce the risk of severe pain," and one which is used in several states to cause legally sanctioned death.

The simple alternative, Banzhaf notes, and an alternative to using injectable drugs for executions generally - with the many legal and other challenges this method has faced, and will continue to face - is putting the condemned on the pill.

Providing a condemned man with barbiturate pills to cause a quick and painless death - as is done in 'death with dignity' jurisdictions - is well tested, established, and accepted, does not require any trained personnel, and could avoid the many medical, legal.

And other problems with lethal injections and other current methods of execution, including unexpected adverse reactions, possible pain, finding a suitable vein, etc. suggests Professor Banzhaf, who takes no position on the fundamental issue of capital punishment.

Interestingly, Arizona has approved the use of barbiturates for executions, but oddly only if they are injected.

Moreover, and more importantly, in at least eight states (California, Colorado, Hawaii, Maine, New Jersey, Oregon, Vermont, and Washington) and in the District of Columbia, physicians are permitted to prescribe barbiturate pills so that terminally ill (and often old and frail) patients can achieve death with dignity without any pain or other suffering.

The pills for this purpose are readily available, do not expire quickly, do not require refrigeration as injectable drugs often do, nor do they cause adverse reactions to the elderly even though they are typically frail, and may also suffer from a wide variety of pre-existing medical conditions.

"If this method of ending life is safe and appropriate for totally innocent and often frail elderly people with a wide variety of medical conditions who are seeking a quick and painless death with dignity, it should be more than good enough for murderers about to be executed for their crimes," Banzhaf argues.

Since only a few grams of certain barbiturates are necessary to cause death, and pills are apparently much harder for drug companies to restrict than liquid injectable drugs, the amount necessary to cause a quick and painless death might be administered in the form of several easy-to-obtain pills offered by jailers to the murderer in the death chamber.

Using these well-known, more readily available pills rather than injections or other methods for executions would probably mute most legal objections, avoid the major problems with injections highlighted by death penalty opponents, eliminate the need for medically trained personnel (who often refuse on ethical and/or professional grounds to give injections, or even to insert needles) to participate in executions, and have many other advantages, suggests Banzhaf.

If the prisoner refuses to take the pills and/or cannot be forced to, or if he only pretends to swallow them, he can hardly complain about unconstitutional "cruel and unusual punishment," and/or about “a substantial risk of severe pain," if the state thereafter has no choice but to use lethal injections, or other arguably cruel or painful execution protocols, with all the possible risks involved.

To paraphrase an old legal saying, the condemned had the key to his own freedom from pain in his own hands, says Banzhaf.

In addition, since oral administration of pills takes longer for the drugs to reach the murderer's system than injections, and works far more slowly.

This method of capital punishment is much less likely to trigger the sudden and sometimes violent reactions lethal injections have sometimes been said to cause, and which death penalty opponents always cite - often with great success in courts - to stop executions.

If state governments don't take advantage of this simple and proven method to cause death without any pain, they can only expect further legal challenges by death penalty opponents who can probably then show.

According to the existing legal standard, that current execution methods - including lethal injections and the electric chair - create substantial risks of harm relative to a viable alternative; that viable alternative being painless barbiturate pills, Banzhaf predicts.