4 Financial Aspects to Research Before Relocating Your Family 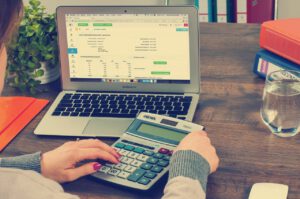 The call has come in. You have a new job at a new company – in a completely new state. Congratulations!

Moving to a new state is exciting. You have the opportunity to explore – to see new things, to meet new people. But what does it mean to move to a new state, financially speaking? Health insurance, income tax, and even the cost of living can be very different in another state. It's a new budget to think about, and you'll want to run the numbers to make sure you're making an excellent financial decision for your family.

The Most Important Financial Aspects To Research

We’ve broken down the most important financial aspects to research before relocating your family below.

Housing is generally the most significant relocation expense. It's important to research prices, taxes, and mortgage rates before hopping over state lines. While mortgage rates are currently at an all-time low, the real estate market isn’t national. A home in one state could cost significantly more than a home in another – even if the houses are the same price.

How could this happen? The mortgage experts at Money recently surveyed 8,000 lenders across the country, taking into account the different mortgage rates in each state. For example, the study cites that Colorado buyers had a mortgage rate of approximately 3.854 percent, while in Ohio, the rate was 3.413 percent. That's a difference of 0.441 percentage points – hardly anything to worry about, right? Think again. According to Money’s research, that 0.441 percent on a $200,000 mortgage adds up to an additional $50 per month, and nearly $18,000 worth of additional interest over a standard 30-year mortgage period.

Research is vital to preventing a costly mistake.

Health insurance is another place where costs can catch you out if you’re not careful. Every person has access to a health insurance Marketplace (also called an Exchange). However, the options available vary according to state. Medical experts at WebMD cite that every program includes the following:

However, not all plans are created equal, and states are allowed to make their own decisions regarding which insurance companies can sell in the Marketplace, which treatments are covered, and coverage for people with low incomes. Your current health insurance provider may not be available in a different state, and that state may not cover your pre-existing conditions.

What does this mean in terms of your budget? According to research from HealthMarkets, the average monthly cost of health insurance without a subsidy is $452. However, that cost varies wildly by state. Alaska's average monthly cost comes in at $675, Nebraska at $699, and Wyoming leads the pack at $791. Maryland offers health insurance for an average of just $344 monthly, and Michigan is almost identical at $347. That's a difference of nearly $450 between Wyoming and Maryland – enough to put a dent in anyone's monthly finances.

State income taxes vary depending on where you live – and additional taxes could make your monthly budget look very different. States generally tax their residents in one of three ways:

According to a recent article from The Balance, state tax rates range from 0 percent to more than 13 percent. California, Hawaii, Oregon, Minnesota, and New Jersey are home to the country's highest income taxes. That might make moving to one of the seven income-tax-free states enticing, but beware – many of these states tax other assets (such as property and investment dividends) aggressively to make up the difference. Again, research is vital to making a good financial decision.

The cost of living varies between states, and it's something you'll want to consider before you relocate. According to the World Population Review, housing is one of the largest determining factors for cost of living, with the cost of food and other goods just behind.

The World Population Review has also conducted research on the states with the highest and lowest costs of living. Mississippi, Oklahoma, and Arkansas are all states with an extremely low cost of living – a living wage in Arkansas is just $45,000. On the other end of the spectrum, the World Population Review cites that Hawaii, the District of Columbia, and California all have a very high cost of living. A living wage in the District of Columbia is $67,000. This is something to consider when looking for a new job package – $67,000 goes a lot further in Arkansas than it will in California, so that new job raise may not be a raise at all.

Moving to a new state is exciting – the prospect of starting again in a new place is a fantastic blank slate. But it's essential to be aware of the differences that come with living in each state, so you can make sure this is the right move for you and your family.

The post 4 Financial Aspects to Research Before Relocating Your Family appeared first on ValueWalk.